Mustangs scrimmage Vidor as final preparation to the start of season 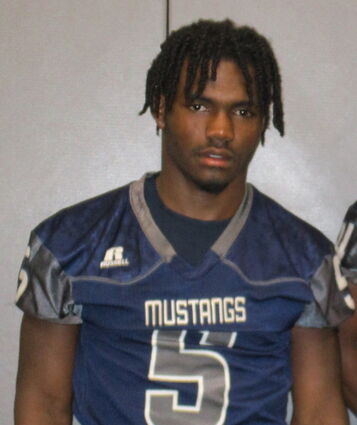 Another season for the winningest high school football team in Texas is a little more than a week away. Final preparations by the West Orange-Stark Mustangs for the new season will continue this week to be ready for the season opener on August 26.

Coach Hiawatha Hickman was pleased with the hustle and the running to the ball by the Mustangs in their scrimmage last week against the Woodville Eagles. The game plan was very simple for West Orange-Stark, very vanilla in the words of Hickman.

The Mustangs played base defense which was sufficient as they held Woodville without a touchdown during the scrimmage. "It was a good first scrimmage. It's our evaluation period and it gave us an opportunity to see some guys in action. Some of them we were happy with, and some of them we weren't so happy with. The scrimmage gave us some film to look at to make corrections and show the kids what they're doing wrong in order to improve," Hickman explained.

As was expected running back Jamaal Shaw carried the football and picked up good yardage. That included a touchdown run of around 70 yards for Shaw.

Both quarterbacks working to get the starting assignment in leading the Mustangs offense played well. Hickman evaluated, "I thought Marcus Turner and Keyshawn Robinson both did some really good things."

On the defensive side of the ball returning starter Jalen Gilmore had a great game at linebacker. DJ Warren at the other linebacker had a good day as well.

Jailen Brown played at safety for the first time in a game condition and did some very good things at his new position. "Our offensive coaches are not real happy because Jailen will probably play a lot more at safety than on offense after the way he played the other day," Hickman advised.

No serious injuries were suffered during the scrimmage. Running back Raymond Mallett sat out the scrimmage after spraining his ankle in an earlier practice. Tahj Amerson a backup linebacker was kept out of the scrimmage also with a banged up ankle. Hickman indicated, "As far as the scrimmage we came out pretty healthy, we didn't have any major injuries."

On Thursday West Orange-Stark will play its second and final scrimmage of the preseason against cross-county rival the Vidor Pirates. The Mustangs will face a completely different offense from the Spread used by Woodville in the first scrimmage to the Slot-T of Vidor.

Hickman learned from his predecessor Coach Cornel Thompson how to defend the Slot-T which the Pirates have run for years. "We've got a plan. I've been here for the last six to seven years so I kind of got a little bit of the recipe. It's going to look a lot like it did last year when we played them. We've got some stuff we like to throw at the Slot-T. Also, with our new even front we're going to try some stuff out. One of the things that we're fortunate for this year is nobody else on our schedule runs the Slot-T. That's for the first time for as far back as I can remember," Hickman replied.

Another aspect of a game with the Pirates is they are going to hit you. Hickman commented, "Vidor is going to hit you in the mouth, they're going to come right at you. They'll be a good test for our kids. I know Coach T used to like this week because it was a physical week. We're going to see who will take a punch and who will punch back because Vidor plays hard in a scrimmage. I don't know if it's just because they're playing the Mustangs, but we're going to try to match their intensity and be physical with them and try to get out injury free to get ready for the next one."

The scrimmage on Thursday between West Orange-Stark and Vidor will determine which Mustangs will trade their white head gear for silver helmets a traditional symbol for the players of making the varsity. "Saturday and Sunday us as a coaching staff will do our final evaluations and then we'll have what we call a helmet party on Sunday when we hand out the silver helmets to the guys that have earned those silver helmets. There are still a lot of guys in white helmets that don't know which way it's going to go," Hickman concluded.

The Week 1 game for the West Orange-Stark Mustangs will be at Dan R. Hooks Stadium on Friday, August 26, against the Nederland Bulldogs. Supply shortages have meant the improvements to the stadium's press box will not be completed this season, however, a major improvement has been done to the Mustangs' locker room. 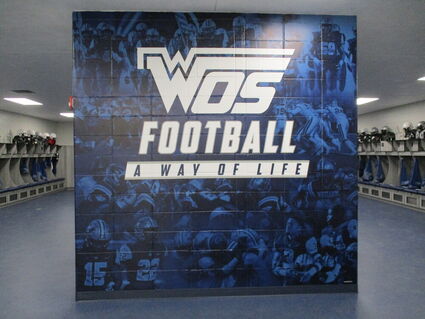 It was the vision of Coach Hickman for the locker room at West Orange-Stark to symbolize the winningest team in Texas high school football. The lockers have all been redone after the recommendation by West Orange-Cove School Superintendent Dr. Rickie Harris.

Hickman did some research to look at the lockers for the players. Each Mustang player has a 30-inch locker they can comfortably sit in, space to store all their equipment, and with a security box to store personal items.

Another goal for Hickman was to show respect for the history of Mustang football. Hickman described, "You can see that around here with the pictures of Coach Hooks and Coach Thompson. You can see the winning wall, all our kids that went off to play in college, and those that made it to the pros. I wanted it to be modern with televisions and all the technology, but yet pay homage to the past and I think that's what we did.