County tax rate goes down slightly for next year 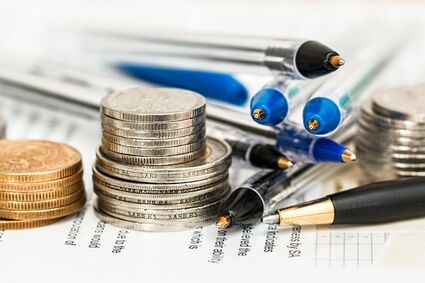 Orange County Commissioners Court Tuesday approved a new property tax rate with a small decrease in the rate. However, tax payments may go up for many people because of an increase in property values.

But even though the commissioners voted on the new rate, it may still go down more as the court works to compile a new countywide budget for 2022-23.

County Judge John Gothia said commissioners had to set the tax rate before the budget was completed because of state laws requiring times the property tax rates must be publicized. He said the county only a few days ago had complete tax appraisal valuations to calculate.

This will be the first year in the past few years that the county may not have to borrow money to operate between the October 1 start of the budget year and January, when taxes are due. The county had spent more than $15 million for debris pickup after storms, including Hurricane Laura in 2020. Gothia said FEMA only recently reimbursed the county for those expenses.

Gothia warned though, that the budget savings account, or surplus funds, may need to be used if another hurricane or tropical storm hits. The county has been slammed with a number of damaging storms since 2005.

Commissioners held a public hearing on the proposed tax rate and four people asked questions. Carl LeBlanc, who lives in Precinct 3, complained about the county giving tax abatements to business and industry, but not to homeowners.

Precinct 1 Commissioner Johnny Trahan said Chevron-Phillips has not announced construction of a plant here, but the company has been doing site preparation work along Highway 87 South for months. Trahan said the company is paying more property taxes on that land because of the improvements.

Gothia said expenses have been going up for the county at the same rates as costs for individual consumers. He said two years ago, a Gradall machine for ditch and road work cost $350,000. This year, the same equipment will cost $478,000.

When an audience member commented about commissioners buying "toys," they all objected. Trahan said equipment breakdowns cost the county time for paying employees as the machinery gets fixed. People want ditches dug and cleaned, and the precinct road crews need the equipment to do the jobs.

Also, patrol vehicles for the sheriff's office have increased in cost, "if you can get them," the judge said. He said new law enforcement vehicles used to be available 12 months of the year on the regional state "buy board" program of bidding. Patrol vehicles currently are not available until March, and then for a limited time.

According to Gothia, the county is having to pay for the overall price increases in gas and fuel for vehicles and equipment. Precinct 2 Commissioner Theresa Beauchamp pointed out that the road materials used for paving and repairs have also gone up in costs. Many of the materials are petroleum based.

An upside is that the values on oil and gas production across the state have increased, bringing in another kind of tax to the county.

County officials, including the auditor and the treasurer, have not completed a budget, however Commissioners Court approved a pay raise. Regular salaried employees will get a raise of $1 per hour.

Gothia said some employees at the lower end of the pay matrix will get more than that, probably $1.70 an hour more. He said the county pay is not competitive with private business pay and the county is having trained workers quit to go to better-paying jobs.

Each of the five members of the Commissioners Court will get raises of $100 a month, or $1,200 for the year. The cost to the county will be a total of $6,000 for all the commissioners.

LeBlanc said commissioners should not get a raise this year. He said he surveyed salaries of other commissioners in similar-sized counties and they make less. However, members of the Orange County court said other counties give larger car allowances (OC gives $200 a month to commissioners) plus some others also get phone allowances and other benefits.

In other business, the court unanimously approved a resolution backing the actions of Texas Governor Greg Abbott to stop immigrants from crossing the Mexico border into Texas. Gothia said U.S. Representatives Brian Babin and Randy Weber asked the court to back Abbott.

The court began the steps in getting an ordinance to prohibit landfill-dumps being made on acreage within the county. Assistant County Attorney Denise Gremillion said the state requires several steps for the ordinance because of a problem with government prohibiting the use of a person's property.

Gothia said only a couple of areas in the county will need the protection and the current landowners agree. He said the ordinance will prevent a situation in which "all of a sudden you can have a dump open next door to your house and there's nothing we can do about it." The county will schedule a public hearing, perhaps in October, on the proposed ordinance.