Start of football season still exciting to me 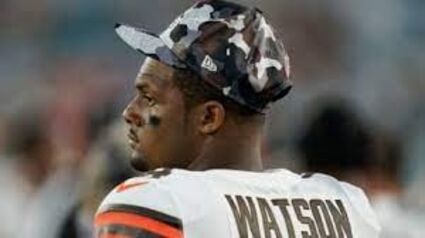 I’ve been following high school football for a newspaper since my days of wearing a crew cut at McNeese State in Lake Charles. And that’s a LONG time ago.

But the start of another season is as exciting to me as it was back in 1960 when I was working weekends at the Lake Charles American Press, mainly taking results of the many high school games and writing a couple of paragraphs about each one.

I can even remember my first week of covering high school football for the Orange Leader as my “real” job.

The first game was on a Thursday night at the Stark High Stadium covering the St. Mary’s Hornets. I don’t remember who won or who came to town to play the Hornets, but I do remember the weather was very hot and George Barrow was the head coach.

The next day I went less than a mile to watch the West Orange Chiefs play at their old field on Western Avenue, because their new field on Newton Ave. wasn’t quite ready.

I also remember their star receiver named Barry Schahn broke his arm and was out for the season, Jakie Stine was the Chiefs’ quarterback and that Bob Frank (who is now my neighbor) was the head coach.

The third school I was assigned to follow was the Little Cypress Bears which played on what is now the junior high school stadium and Bill Hoffman was the head coach.

Our three-man sports staff worked really hard writing features on the team we were following. Each week a player was highlighted, with up to the minute statistics and district standings. It was a lot of work, but you don’t see much of that anymore.

A week before the high school football season began, our Orange Leader sports staff would host a party for all of the area coaching staffs, with local merchants contributing chicken, links, soft drinks and even beer from the Beaumont distributors. The bash usually was held at Sussex Manor around the swimming pool.

There always were about around 30 coaches attending, even from Vinton, Buna, Kirbyville, Newton and Burkeville, all of which we covered.

The favorite part of my job was writing Kaz’s Korner, which was “born” Sept. 12, 1966, and making my football predictions of most Southeast Texas high schools and colleges plus the National Football games which still is Kaz’s Fearless Forecast.

I kept track of each week’s results which over the years averaged between 82%-85%--a pretty fair winning percentage.

I happened to look at what the competition thinks about the local district races and singled out Saphire Cervantes and Ashly Elam of Channel 12, whose show aired Friday night.

Perhaps Saphire might be able to blame The Kingfish for some of her weird choices and Ashly must be related to actor Jack Elam who would always play the “bad guy” in Western movies.

Although this Dynamic Duo would half-heartedly admit that the West Orange-Stark Mustangs and the Newton Eagles were the most consistent winners year in and year out in the Southeast Texas area, they both agreed that Silsbee was going to unseat the ‘Stangs in District 9-4A this season, which would break a string of district championships too long to count.

And that’s why I still get excited at this time every year!!!

KWICKIES…I’m glad NFL Commissioner Roger Goodell balked at the six-game, no-fine suspension given Cleveland quarterback Deshaun Watson by Federal Judge Robinson and split the difference on the number of games (11) he will have to sit out without any paychecks. Goodell wanted Watson suspended for the entire 2022 season, but the NFLPA finally agreed to the 11-game suspension. This should make the Browns’ fans wait at least another year for the Super Bowl championship they’re sure Watson will produce.

I hope the Houston Texans don’t get too excited about being 2-0 so far this preseason. I watched more of that game Friday night than I usually do and what I didn’t see much of was something called offense. The Texans had less than 300 yards of total offense and if Davis Mills really is their starting quarterback in two weeks, we’re going to be in for another 4-13 season, or worse!!

Another winner in last week’s exhibition schedule was the Baltimore Ravens’ 24-17 victory over the Arizona Cardinals. It marked the 22nd straight preseason win for the Ravens, which extends their record streak.

Good receiver/lousy hitting Martin Maldonado will be catching for the Houston Astros in 2023 after playing in his 90th game this season on Sunday. The two-year extension he signed in 2021 contained a $4.5 million option that would vest if Maldonado played 90 games in 2022.

The New York Yankees are lucky they had such a huge lead over second-place Tampa Bay because their record is 10-21 over the last few weeks. They did lose the distinction of having the best record in the American League, as the Astros took over last week and stood at 78-45 going into last night’s game against Minnesota.

Patrick Cantlay won the BMW Championship for the second straight year as the field for the battle for the prestigious FedEx Cup was narrowed down to 30 players for this week’s final round. Cantlay won by one shot over Scott Stallings with a two-under par 69 Sunday.

And while on the subject, the golfing world lost a Mr. Nice Guy when Tom Weiskopf died Saturday, losing his two-year battle with pancreatic cancer. I remember watching Weiskopf and Jack Nicklaus playing together during the practice round of the Houston Open many years ago.

JUST BETWEEN US…The Houston Astros did something last week that’s never happened this season—they didn’t win the seven-game road trip to Chicago and Atlanta for the first time in 10 road trips. The team had to scramble by winning games three and four against the White Sox but then lost two of three to the defending world champion Atlanta Braves last weekend. One thing that made Manager Dusty Baker happy was they won the final game of the road trip 5-4 Sunday which he believes is very important to start the home stand that began last night against the Minnesota Twins and features turncoat defector Carlos Correa.