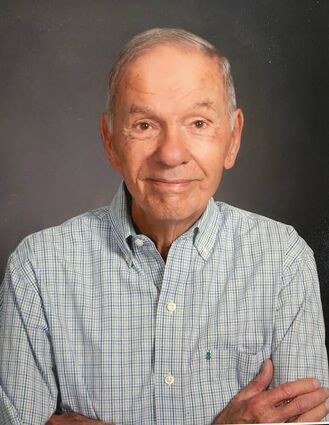 Gene Raymond Edgerly, 87 of Orange, TX died August 28, 2022 at his home. Gene was born on December 1, 1934 in Port Arthur, TX to Jewel and Isabel (Gonsoulin) Edgerly. He attended and graduated from Thomas Edison High School in Port Arthur, TX in 1953. After graduating from high school he enlisted into the US Army. After being discharged 1958, he served 8 years in the US Army Reserves. After discharge, He went to work at Jefferson Chemical as a machinist in Port Neches from 1959 to 2000 where he retired. After retiring from Jefferson Chemical, he was then employed by the state of Texas where he was hired as a labor representative by the Labor Commissioner. With this position, he was responsible for seven counties in Southeast Texas for lay off or company closures. At that time he was also a Charter Board Member of the Southeast Texas Workforce Solutions where he represented Labor on the board. Gene’s greatest passion in the union movement was serving as Chair of the Texas AFL-CIO Scholarship Committee and member of the Sabine Area Central Labor Council Scholarship Committee. Through his leadership, hundreds of the children of union members here and all over Texas have received college scholarships. Gene’s true passion was helping others in the labor force. He and his wife Flo attended meetings of the Texas AFL-CIO and the Sabine Area Central Labor Council for almost 60 years. He was the Secretary-Treasurer of the Sabine Area Central Labor Council and Vice President for the District 2 of the Texas AFL-CIO for decades. Gene served on Southeast Texas Labor –Management Board of Directors at the John Grey Institute at Lamar University. He was former president of the Machinists local union in Port Neches. Gene said that being on the workforce board and working for the state workforce commissioner was a perfect combination to help people who were laid off from their job through no fault of their own. When asked what his favorite saying that best describes who he was and how he feels about his passion and service, Gene stated, “From the Bible, The Lord said, “Take care of the least of my people”. After going to work for the state of Texas, helping people was my true passion.” Gene is survived by his wife of 63 years, Judge Flo Edgerly son, John Edgerly and wife, Stephanie of Orange, grandson, Dr. Alex Edgerly and wife Mallory of Bridge City, granddaughters, Ashley Edgerly of Groves, Erica Edgerly Rone and husband Jacob of Orange, and Macy Edgerly of Orange. He is also survived by 3 great grandchildren, Madalyn and Kaylor Merritt of Groves and Andrew Edgerly of Bridge City and many nieces and nephews. He is preceded in death by his parents, Jewel and Isabel Edgerly, sister, Beverly Nunez, and son, Todd Edgerly. A gathering of family and friends will be held on Wednesday, August 31, 2022 from 5:00 PM until 8:00 PM at Clayton Thompson Funeral Home in Groves, with a Vigil Service to be held at 7:00 PM at the funeral home. A Mass of Christian Burial will be held on Thursday, September 1, 2022 at St. Francis of Assisi Catholic Church in Orange at 2:00 PM. Visitation will resume from 1:00 PM until service time at the church. Burial will follow at Hillcrest Memorial Gardens in Orange.