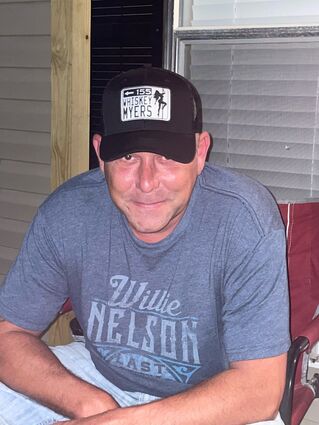 Funeral Services will be 6:00 p.m., Friday, September 2, 2022, at Claybar Funeral Home in Orange. Officiating will be Pastor Keith Herrin.

Born in Beaumont, Texas, on July 14, 1979, he was the son of Dennis and Cathey Browning. Jason worked as a process operator for Goodyear Chemical Plant in Beaumont for several years. He was known to be an easy going man and enjoyed the simple things in life. Jason enjoyed cooking for his loved ones and gathering with family and friends to play washers. He was a big fan of the Houston Astros and watched every game with the love of his life, Jenni. Jason also loved his Jeep and being outdoors. He found great joy in fishing, hunting, and being at the beach. Jason especially loved his dogs, Seven and Cash.

To know Jason was to love him. Affectionately called “Lil Doc,” he was a best friend to many. He had a caring heart and never missed an opportunity to help those around him. Above all else, Jason loved and adored his family. His wife and children were the light of his life, and he was the light of theirs. Jason was a wonderful husband, father, son, brother, uncle, and friend. He will be missed by all who were lucky enough to know and love him.

We will continue to live in celebration of the incredible life Jason had lived, not the passing of a wonderful and great man. He will always be with us in spirit.

He is preceded in death by his grandparents, Bernice Browning, Jack Browning and James Tucker.

Those left to cherish Jason’s memory include the love of his life, his wife, Jenni Browning; his children, Kyle Lynd, Tayelor Browning, Jordan Browning, and Jaxson Browning; his parents, Dennis and Cathey Browning; his grandmother, Mary Tucker; his sister, Amber Mills and husband Richard; nephew, Derrick Scott; as well as numerous aunts, uncles, and other loving family members and friends.

Cremation is under the direction of Claybar Funeral Home in Orange.