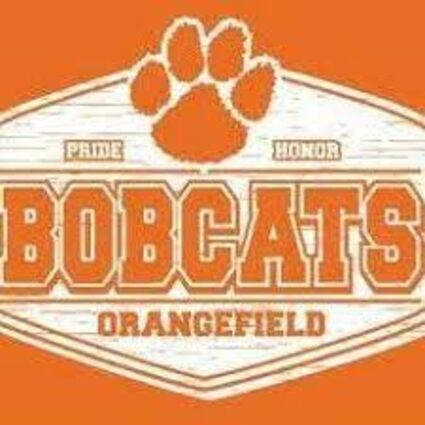 The Orangefield Bobcats got their season off to a good start against a familiar rival in Week One of the football season. This week the Bobcats play an opponent they have never faced before, and it will be a test for them.

The Bayou Bowl was played last Friday between Orangefield and the Bridge City Cardinals. The Bobcats scored on their first possession, then used a pick six, and a long kickoff return to build an insurmountable lead to capture a 28-9 victory.

Bobcat head coach Josh Smalley was happy with the win to retain the Buzzie Gunn Trophy. “It was a good win, we like to start the year one and oh. It’s a big rivalry game so it was good to get a win in a rivalry game,” Smalley replied.

The defense for Orangefield played well not allowing the Bridge City offense to score until about three minutes were left in the game. The Bobcats made three interceptions and recovered two fumbles.

The biggest take away by the Bobcats was the interception by Kane Smith which he returned 97 yards for a touchdown. Smalley added, “I think defensively we played really, really well.”

On offense Orangefield was led by quarterback Brayden Parker. He managed the game well and completed two of the three passes he threw the second resulted in a touchdown.

Running back Cameron Dischler was a workhorse for the Bobcats with over twenty carries, and he scored a touchdown. Tight ends Koen Maddox and Morgan Sampson blocked well. Both caught one pass with Sampson’s being for a touchdown.

Tailback Gavin Perry-Koci scored the first touchdown of the game on a 16-yard sweep. Smalley hopes to put the ball in Perry-Koci’s hands more in upcoming games.

The win was impressive for Orangefield, but Smalley indicated there is room for improvement. “We had a lot of things go well for us, but after watching film on Saturday if we have any chance of reaching goals we’ve set for ourselves we still have a long way to go,” Smalley admitted.

This week the Bobcats play Legacy School of Sport Sciences out of the Spring area. The Titans are coached by former Willis High School and Kansas State University standout quarterback Michael Bishop.

Legacy uses the Spread on offense. The Titans went down to the wire in their season opener losing to Huffman 28-27 when a two-point conversion attempt failed with just a few seconds left.

The Titans are big up front and are loaded with offensive weapons. Film appears to show according to Coach Smalley an offensive front line of blockers all ranging from 300 to 350 pounds for Legacy.

The deep pass is a favorite play for the Titans. Jacob Smith is the Legacy quarterback. Smith can throw the ball, but may be more dangerous with his feet as his coach Bishop was in his playing days. Smalley indicated, “When things break down the quarterback if he escapes the pocket he is tough to tackle.”

The quarterback has several targets to throw the football. Primary receivers for Smith are Keisean Henderson, Stefan Reynolds, and Noah McClatchey.

The Bobcats will have their work cut out for them against the dangerous Titan offense which is loaded with speed. Smalley elaborated, “They’re Spread, they’re athletic, they’re trying to get the ball in their athletes’ hands in space. They’re going to try to run by you and throw the deep ball ten to fifteen times a game to see if they can connect with one, but the scariest thing to me is you can have all your coverage right and you can be covering their receivers but if Smith breaks the pocket or breaks containment he’s a weapon and you’ve got to try to tackle him and he’s going to be tough to bring down.”

On defense Legacy lines up in the 4-3 formation. The Titan secondary with so much speed plays primarily man coverage. Against Huffman which runs the Spread the Titans defensive backs covered the Falcon receivers man-to-man using the bump and run to a large extent.

The Titans are big up front on defense too. Donovan Leaks is a leader in the defensive line and looks like NFL hall of famer Lawrence Taylor in size. Another standout is Billy Gonzalez at noseguard.

The linebackers play the run well for Legacy. Austin Stokes and Mekhi Campbell will be hitting the Bobcat ball carriers all over the field. “They’ve got a good physical attacking secondary led by Joseph Smith at free safety who will come downhill and make a lot of tackles,” Smalley said.

Just like their offense the Titans are loaded with athletes on defense. “They are well coached. They’re going to create with their size some challenges up front for us, and then with their speed it will be difficult to break a long run on them. We’ll have to put together a lot of long twelve, fifteen play drives to keep their offense off the field and take advantage what we do,” Smalley concluded.

The game between Orangefield and Legacy was originally scheduled to be played in Spring where Legacy is located. Delays installing a new field there has caused the game to be changed to Orangefield at F. L. McClain Stadium. The kickoff will be at 7:30 on Friday night.