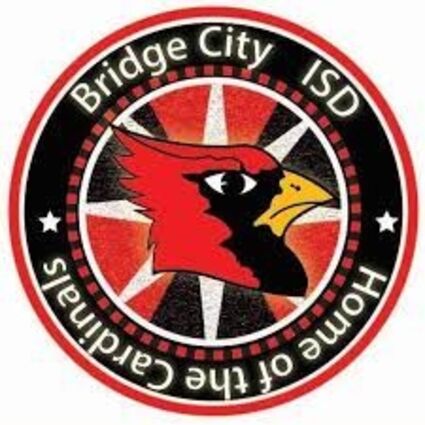 The opening game of the football season for the Bridge City Cardinals was the Bayou Bowl last Friday. The Cardinals took a loss in the game but now get ready to play on their new field at home this week.

Coach Cody McGuire felt his Cardinals played well and gave a great effort in their game against Orangefield last week. Four turnovers though proved critical for Bridge City and were difficult to overcome for the Cardinals.

The Cardinal defense was led again by linebacker Mason Pruitt who had a great game according to McGuire. Nick Lejeune as well as the entire defensive line were standouts and played incredible.

A big plus was the return of JS Bearden back to the lineup for Bridge City on defense. Bearden had his first practice since last season during the week of the game with Orangefield.

Linebackers Merik Aras and Aden Lapeyrolerie played well. The Cardinal secondary including Austin Bellanger played hard and did a great job. “We played well enough to win we just didn’t get it done,” McGuire confessed.

The Cardinals matched the Bobcats with their physical play in the game. McGuire evaluated, “We knew they were a tough physical team and they play well. Our defense bowed up and played well for the whole game. I think we held their total offense to 175 yards.”

This week McGuire and the Bridge City coaches will be working to eliminate errors in the next game. “It was a great effort, we’ve just got to clean up all the mistakes and I think we’ll be better for it,” McGuire indicated.

The Cougars operate their offense out of the Spread with two running backs. They use an H-back that comes into the play for blocking. Buna likes to run the ball especially with counter plays, and although the Cougars do not throw it often they are effective when they do pass.

A top offensive weapon for the Cougars is junior Jacob Johnson returning at running back after over a thousand yards on the ground with 13 touchdowns last season. Johnson is very talented and quick.

The Cougar quarterback is junior Toby Marse who will operate the offense behind an experienced front line including senior guard Trace Marks and tight end Landon Stephens. Senior Jaxson Sylvester is another good runner of the ball for Buna.

The Cardinals’ defense can expect Buna to be a difficult offense to stop. McGuire reminded, “They gave us all we wanted last year. We ended up with a win, but when the Cougars come down here to play on Friday night they’re going to be ready. We’re preparing for everything we could see from them.”

Like the Cardinals, the Cougars lineup in the 3-4 on defense. “They do play hard collectively as a defense, and I think that’s what makes them tough is they are all playing hard together, all eleven getting after the ball,” McGuire evaluated.

Linebacker Kale Knox has been all-district the last two seasons for the Cougars and had over one hundred tackles last season. Defensive tackle Isaiah Robinson had 25 tackles behind the line of scrimmage last year.

Bridge City will be looking to be the most physical, most aggressive, and best conditioned team on the field Friday night against Buna. Doing these things Coach McGuire believes will lead the Cardinals to having the most points when the game is over.

In addition to those priorities the Cardinals will need to eliminate the errors that proved so costly in the game with Orangefield. McGuire emphasizes, “You’ve got to protect the ball. Defensively you can’t make mistakes you’ve got to run what’s called. I think our guys are going to get better every week, and we’re going to continue to get better as the weeks go on.”

One thing that has gotten better for football at Bridge City is the field itself. Mo Litton Field at Larry Ward Stadium has new artificial turf installed that has been used by the Cardinals for practices since workouts began in early August.

Friday will be the first varsity game for the Cardinals on the new turf. McGuire expressed, “Our kids are excited to be home and to get to play on it in front of the home crowd. They’re excited to play this game on the new turf. I’m so thankful to the school board, the community, and our superintendent for getting that done for us.”

The faster turf and the elimination of a muddy field should be beneficial to the Bridge City Cardinals and their Spread offense. “Absolutely, we don’t have to worry about a wet, muddy field since we’ve got that turf. That’s definitely a plus especially in the Spread Offense since we like to throw it around, and hopefully when we’re throwing it around our guys are catching a clean ball. When we hand it off our backs are running, and they can make good cuts on that new turf. It’s good for everybody,” McGuire concluded.

The Bridge City Cardinals host the Buna Cougars on Friday. The game will begin at 7:30 PM in Larry Ward Stadium.