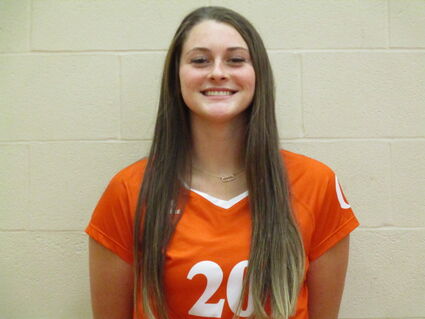 Greenlea Oldham had two blocks and four kills in the Lady Bobcats volleyball tournament over the weekend.

From Thursday's pool play advancing to the Orange Bracket was Hamshire-Fannett, Buna, Anahuac, and Orangefield. The following teams Evadale, Deweyville, Orangefield JV, and West Orange-Stark advanced to the White Bracket.

The Lady Bobcats finished the day undefeated and captured the Orange Bracket Championship for the second year in a row. Orangefield won the championship match 25-21 and 25-16 beating Hamshire-Fannett for the second time on Saturday. 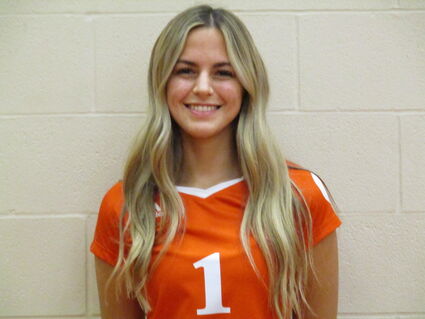 Leading the Lady Bobcats were Greenlea Oldham with 2 blocks and 4 kills as well as Kylie Mouton who had a team high 7 kills on 7 attempts. Kaitlyn Jenkins and Libby Thurman each had 2 aces for Orangefield.

The Orangefield Junior Varsity continued their impressive play by taking care of both Evadale (25-21, 21-25, and 15-13) and Deweyville (25-19, 25-10) in their opening games to advance to the Championship of the White Bracket.

The Lady Bobcats Junior Varsity fell to Deweyville in the Championship round 25-19, 13-25, and 8-15, but took home second place of the White Bracket. It was a complete team effort all weekend with standout net play from Ava Dyer, defense from Paris Becker, and freshman Jaydin Agerton alongside Addisyn Moore set up the offense well for the Orangefield Junior Varsity.