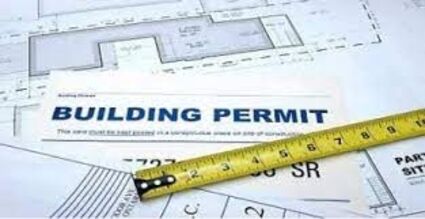 Commercial and residential construction projects in the city of Orange during August stayed strong with building permits including a $350,000 remodeling project at the Waffle House on Texas Highway 62.

Pine Woods Sanitation, however, led the way in city building permits during August with a permit for a $450,000 new building at 2004 DuPont Drive. The company provides garbage pickup across the region and has contracts with some Orange County cities.

In addition, the national homebuilding firms of DSLD Homes and DR Horton continued to build new homes in the Cypresswood and Mallard Lakes subdivisions in different areas of the city.

The Piney Woods Sanitation building is another new building in the Cove neighborhood in Orange, one of the oldest in the city. The neighborhood is currently going through an improvement phase as old, dilapidated buildings are torn down and new ones are going up.

The one commercial building demolition permit issued during August went to bring down a building at 1411 Dupont Drive and clear the lot.

The Waffle House at 2310 Texas Highway 62 south of Interstate 10 has the remodeling project that will include concrete work in the parking lot.

DSLD Homes received three permits for new houses in Cypresswood Village Phase II subdivision for 703 Cottonwood Drive, 4502 Mimosa Drive and 4513 Mimosa Drive. The subdivision is between Texas Highway 87 and FM 105 (Orangefield Road). Though the city does not list values of residential projects on building permits, the company advertises houses in the subdivision as costing between $219,000 and $267,000.

Permits for electricity to be installed went to four DSLD houses in Cypresswood Village at 4513 Mimosa, 4515 Mimosa, 703 Cottonwood Drive, and 4502 Mimosa.