College football teams want bigger paydays; some will get it 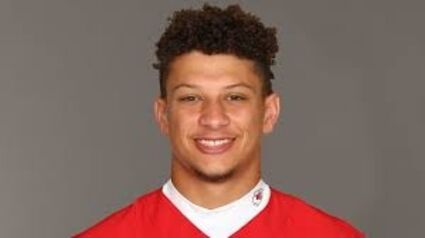 While driving home from the grocery store in the rain Sunday after the handicapped and elderly customers like myself had to march back from the store into the parking lot in the rain to fetch an empty basket so we could spend our good money for that incompetent store manager’s paycheck, I heard an interesting conversation on the car radio.

This was a national sportscast about the Big Ten Conference expanding to match the numbers that the Southeastern Conference will have in a couple of years by luring West Coast football teams into their fold.

The conversation was predicated on the fact that the two highest-ranked teams on the West Coast—Oregon and Utah—both were upset last weekend.

“I don’t even think the Big Ten would want Oregon after the way defending national champion Georgia annihilated them 49-3 Saturday,” the lead sportscaster quipped.

“Wait a minute,” his compadre interrupted obviously somewhat bent out of shape. “You must remember the old adage that one game doesn’t make a football season. My Ducks still have a chance to play well enough to have a good year—even a championship season.”

All this kind of bantering has taken place the last few days, especially after university presidents who oversee the college football playoff (CFP) voted to expand the postseason event from eight teams to 12.

The top four seeds would be conference champions and would receive byes into the second round. First-round games would be played on campus and the rest at bowl sites, according to the Associated Press.

“A 12-team, 11-game postseason system to crown a champion could be worth as much as $2 billion in media rights to the conferences that play major college football starting in 2026.

“If the new format can be implemented before the current 12-year contract with ESPN expires after the 2025 season, the conferences could make an additional $450 million over the final two years. The current deal pays about $470 million per year,” the AP article pointed out.

This idea has been cussed and discussed since June 2021 and finally came to fruition on Friday when the news broke that the CFP’s Board of Managers approved the idea which will begin in 2026. Several entities believe the 12-team playoff system can go into effect as soon as 2024.

College football didn’t make this move simply to be nice to four other teams—it’s the extra bucks the additional playoff games will bring in. Of course, the NCAA didn’t object because they get a cut out of each and every playoff game.

And big money is what lured the Texas Longhorns and Oklahoma Sooners to say goodbye to the Big-12 and join the Southeastern Conference where the big bucks are flowing. And that’s the same reason USC and UCLA are vamoosing from the Pac-12 and heading to the Big Ten.

I think the four additional teams will definitely weaken the CFP. But it will also enable mediocre teams having a great season an opportunity to cash in on the money tree.

This should eliminate the idea of having to watch Alabama, Georgia, Notre Dame and Ohio State play in the same playoff games every year, Sunday’s article in the Houston Chronicle pointed out.

KWICKIES…The Houston Astros returned home for a Labor Day game with the state rival Texas Rangers which began a three-game series at Minute Maid Park. The Astros still have a comfortable lead in the AL West Division and have a “magic number” that just dipped under the 20-mark. That means the number drops by one each time Houston wins or Seattle loses.

The San Francisco 49ers are putting all their trust in young quarterback Trey Lange, who beat out veteran Jimmy Garoppolo to start the new season on Sunday. But the team still wanted Garoppolo around as an insurance policy and negotiated a new contract with him.

Ageless St. Louis Cardinals’ slugger Albert Pujols continues to do what he does best in September and October—hits home runs. He hit a pinch homer Sunday which was career number 695, just one shy of A-Rod, who is in fourth place all-time.

Orange native R.C Slocum recalls the memorable evening in April 2001when he was the head coach at Texas A&M and he ate tacos at a local College station restaurant with Russian president Mikhail Gorbachev and George H. W. Bush plus a bunch of Secret service agents. He said that Gorbachev also had a couple of bodyguards with him, according to Sunday’s issue of the Houston Chronicle.

It seems like good things happen to nice guys like Russell Wilson. The new Denver Broncos’ quarterback recently signed a five-year, $245 million contract extension that includes a $50 million signing bonus, $77 million in the first eight months and $165 million in guarantees. And some of the contract evaluators believe he left plenty of money on the table. But Wilson is happy and that’s all that counts.

JUST BETWEEN US…ESPN’s “Get Up” show Monday morning predicted some of the individual awards they expect the NFL to hand out at the end of the 2022 season. Two of the four commentators chose Los Angeles Chargers quarterback Justin Herbert as the MVP while Kansas City’s Patrick Mahomes and Buffalo’s Josh Allen received the other two votes. One of the geniuses pointed that when the NFL media votes for anything, it’s similar the Heisman Award voters “who are a bunch of crochety old men that don’t like repeat winners”.