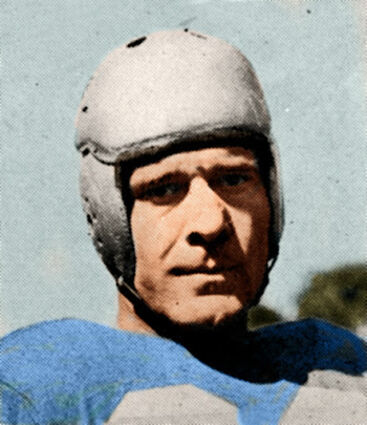 "Ox" Emerson played football at Orange High School in the 1920s. Emerson played eight seasons in the NFL and made first team all-pro for six of those seasons. He is being credited for creating the wishbone formation and being one of pro football's greatest guards in the 1930s.

One of Orange's little-known football players has gained more fame in recent years as "Ox" Emerson is being credited for creating the wishbone formation and being one of pro football's greatest guards in the 1930s.

The Football Hall of Fame named the guard to its 1930s All-Decade Team in 2020, but a lot of followers, including a Sports Illustrated columnist, argued he should have made the All-Centennnial Team.

Emerson played eight seasons in the NFL and made first team all-pro for six of those seasons, missing out on his rookie year in 1931 with the Portsmouth Spartans, who soon moved to Detroit and became the Lions. He also missed making all-pro his final season in 1938 with the Brooklyn Dodgers, where he later became an assistant coach.

Emerson played football at Orange High School in the 1920s. Heritage House Museum has his high school football helmet, though by today's standards, it would not be considered to be protective.

It is a brown leather skull cap with wool lining the ear flaps. It resembles more of a cold-weather cap than what we know now as a football helmet. It could not have provided protection against head injuries.

Emerson's birth name was Gover Conner, but the legend goes that he got the nickname in high school when he missed a play. The Tiger quarterback said "Emerson, you are a big dumb ox." Ox stuck.

His records at UT include being captain of the 1927 freshman team. He was All-Southwest Conference at lineman in 1930, when the Longhorns won the conference championship. He was listed at 5-feet-11 and 203 pounds.

After college, he began his pro career in 1931 at a salary of $75 a game, according to online biographies. That amount in 2022 would be $1,471, according to the U.S. Department of Labor inflation calculator. With a 12-game series, he would have earned today's equivalent of $17,652 for the whole season, an income that would leave in a poverty classification, not a millionaire like today's pro sports players.

As an offensive guard with Portsmouth-Detroit, Emerson was known for making holes for the runners to gain yardage. The 1936 Lions set an NFL record for rushing for 2,885 yards in a 12-game season. The record remained for 36 years until the 1972 Miami Dolphins broke it with a 14-game season. Emerson is listed on the All-Time Lions team and also on the NFL's All-1930's Team.

Emerson started his coaching career in 1937 when he followed his Lions coach, Potsy Clark, to the Brooklyn Dodgers football team. He went back to the playing field in 1938 when the Dodgers had too many injuries and he was needed on the playing field, not the sidelines.

The Orange High quarterback called him "dumb as an ox," but he certainly wasn't dumb. After his pro season career, Emerson earned a master's degree in American diplomatic history.

When World War II broke out, he joined the U.S. Navy and earned the rank lieutenant commander. A 1997 article in "The Coffin Corner" magazine published by the Professional Football Researchers Association was written by Fred Crawford says Emerson was on an aircraft carrier that was sunk in the Atlantic by a German submarine and was with other crew members on a life raft for a number of hours before being rescued.

He ended up coaching the Corpus Christi Naval Air Station team. When he was discharged, he stayed in Corpus and coached high school in Alice. He went to the University of Texas as an assistant coach in 1951 and stayed there through 1956. Then he went back to coaching high school.

Online reporting says that Emory Bellard was an assistant coach under Emerson at Alice High School when he saw Emerson place a guard behind the line so the player could have room to run and block. That was the beginning of the now-famous Wishbone formation. Bellard went to be an assistant coach at the University of Texas under Darrell Royal.

Though Royal is credited for implementing the Wishbone formation for fullback Steve Worster, the Bridge City High School stand-out, it was under Bellard's suggestion. He learned it from Emerson. 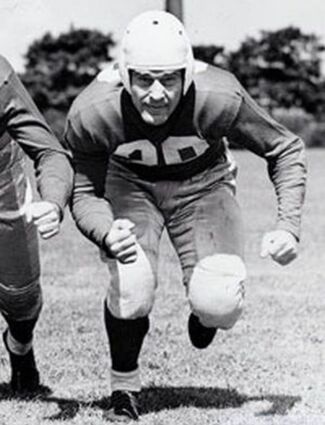 Emerson died in November 1998 at the age of 90 in Travis County and is buried in Pflugerville. The University of Texas has the endowed G.C. "Ox" Emerson Scholarship in his honor.