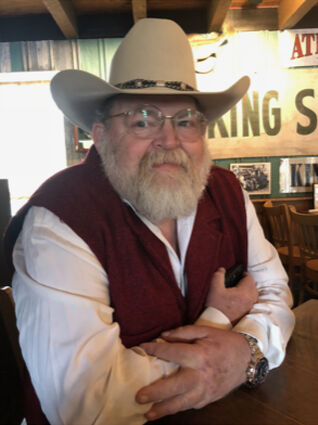 Born in Orange, Texas, on July 26, 1960, he was the son of Loretta Ann Burns and Jerry Glenn Hughes, Sr. Glenn was a dedicated family man and his world revolved around his family. He loved country music, especially Texas Country. He enjoyed new and up-and-coming red dirt artists and making road trips with his wife Debbie of 38 years to live concerts. He was always known as the comedic relief of the family, and at any gathering he attended. He was especially known as a "very silly PawPaw". He was always extremely proud of his children's, grandchildren's, and his wife's accomplishments and was their biggest cheerleader- as his mom, Loretta, was his biggest cheerleader during his lifetime.

Glenn was a 1978 graduate of West Orange Stark High School and was honored to be their first mascot, "the Lone Ranger", and held a multitude of rodeo, FFA, and honor society leadership positions while in high school.

Glenn began working at the early age of 15 at Williams Pharmacy, in Orange, delivering prescriptions. He continued working through high school for the Horseman Store. He left to attend Texas A&M, majoring in Dairy Science. While attending A&M, he worked on the TAMU Dairy and then went on to work at the Spivey Ranch in Joy, Texas. In 1984, he returned to Orange and became a realtor for his family's company Jerry Hughes Realty. Glenn was always researching and learning new things. Over the years he gained more experience, becoming a real estate appraiser and owning a mortgage company earning #1 Top Tier National Awards. As the Internet became the new worldwide desire, he formed and opened EXP Internet in Bridge City, Texas providing internet service to over 5000 customers, eventually selling the company when Southwestern Bell came in with DSL. Always driven, he opened Grizzly Glenn Outdoor Products and spent years building custom saddle stands, signs, and Adirondack chairs. When his shop was destroyed by Hurricane Ike, he returned to ranching, raising Beef Master cattle which he still enjoyed along with his current job as the owner of 2G3D Photography, a licensed drone pilot, and real estate manager.

Glenn leaves this world having succeeded in many rolls: rancher, realtor, business owner, photographer, but more importantly, a dedicated family-man, son, husband, and loving father/grandfather. He will always be remembered for his can-do attitude, ever reaching drive, and endless love.

In lieu of flowers memorial contributions can be made to St. Paul's Episcopal Church in Orange or to the Orange County Go Texan Scholarship Fund c/o Nikki Barron PO Box 1899 Orange, Texas 77631.