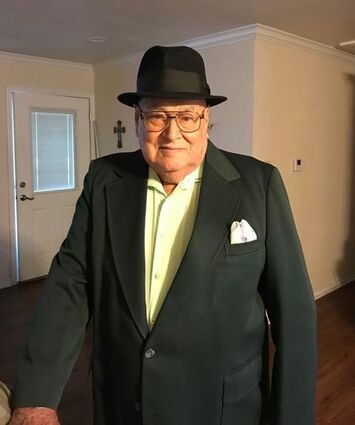 Family and friends will gathered for a visitation on Saturday, September 10, 2022 at Dorman Funeral Home.

Rondah was born on September 8, 1936 to parents, Gladys Elmo Weiss Bullion and Paul Gentry Bullion in Kingsport, Tennessee. He proudly served his country in the United Sates Air Force. Rondah had been a longtime resident of Orange and local businessman. He owned and

operated Bullion Floors for decades before opening Triangle Sanitation.  Rondah had a kind and gentle spirit. He believed in helping others, even if it meant him going without. He never seemed to

meet a stranger and always had a very upbeat personality that just drew people in. Rondah enjoyed traveling with his family and playing cards and dominos. He enjoyed dancing, cooking and spending time with all those he loved so dearly. Rondah will be greatly missed by all those that knew him and his kindness.

Those left to cherish his memory are his four children, Eddie Bullion and his wife Sharon, Rhonda Longmire and her husband Roger, Susan Johnson and her husband Robert and Tina Frasier, longtime companion Ann Garrie, siblings; Marilyn King, Martha Eastridge and George Black