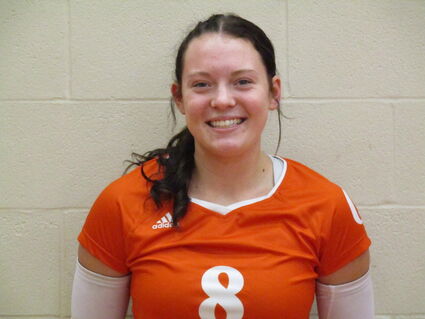 Orangefield grabbed the first two games 25-21 and 25-19. Kirbyville rallied to win the next two sets 25-18 and 25-17 forcing a deciding fifth game. The Lady Bobcats won the thrilling contest 15-12 to take the match.

Mackenzie Haley had a huge night leading the Lady Bobcats in kills with 19 and tied with Kylie Mouton with the most blocks having 3 in the five sets. Libby Thurman contributed a team leading 17 digs. Brianna Moore had the most assists with 28 for the Lady Bobcats. Hannah Block had 3 aces to lead Orangefield.

The following is a list of all the leaders for the Lady Bobcats against Kirbyville.

The freshmen and junior varsity for Orangefield won their matches in straight sets.

Orangefield competed in the YMBL volleyball tournament last weekend. The Lady Bobcats competed in the Third Place game in the large school division and was awarded the Sportsmanship Award by the YMBL. Senior Mackenzie Haley was named to the all-tournament team.

Orangefield resumed district play on Tuesday against the Warren Lady Warriors. On Friday the Lady Bobcats play at East Chambers.