Hagar and friends end summer with a bang 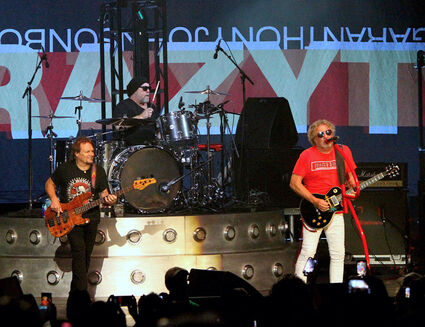 Hagar and his bandmates, better known as Sammy Hagar and the Circle, brought the party and the music to the Cynthia Woods Mitchell Pavilion in The Woodlands this past Friday night (Sept. 16, 2022) for a sensational 100-minute concert to help bring summer to a close. Sure there are still a few days left on the on the calendar, but it is hard to imagine any other event surpassing the pure party-atmosphere and enjoyment of life and rock and roll that Hagar delivered.

The band features Hagar on vocals and guitar, and it also includes longtime friend and former Van Halen bandmate, Michael Anthony on bass, as well as drummer Jason Bonham, the son of the legendary Led Zeppelin drummer, and the amazing Vic Johnson on guitar.

From the opening song "Crazy Times," the new single from the forthcoming album of the same name, Hagar and friends were a joy to behold as each member smiled and thoroughly relished in the moment on stage together and in front of a near-capacity crowd inside the venue.

Hagar took the audience on a journey through time by stating the year of the song in many instances, whether performing his early Montrose hit "Rock Candy", or his solo songs "There's Only One Way to Rock," "Mas Tequila," and "Your Love is Driving Me Crazy."

Hagar and company did not disappoint their audience, as the quarter performed several fan-favorite Van Halen tunes such as "Poundcake," "Finish What Ya Started," and "Right Now." One of the gems of the evening was the Michael Anthony-led performance of the early Van Halen classic, "Ain't Talkin' 'bout Love," which he proudly dedicated to the late-Eddie Van Halen.

The audience was in fine vocal form throughout the night, but when the fans were singing louder than Hagar on "I Can't Drive 55," a big smile emerged on his face as he stated "Now, we're in Texas."

During the latter part of the set, Hagar was signing autographs on memorabilia and pouring shots of his Santo Blanco tequila for those in front of the stage and rarely missed a word of the lyrics in the process.

"I've done some interviews recently and people keep asking me when I'm going to retire," said the 74-year-old Hagar to the crowd. "My response to them is they need to come to one of our shows if they think I need to retire. If Mick and Keith (of the Rolling Stones) can keep doing it, then I know I can still keep doing it," which the crowd roared in agreement. 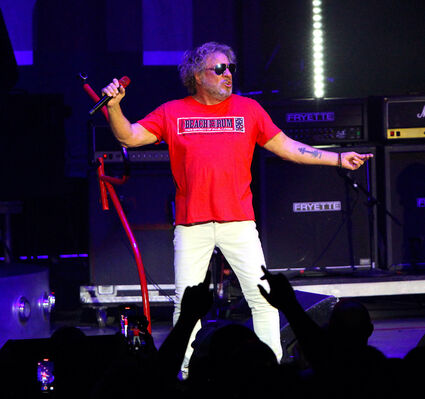 The Circle brought the night to a close with a semi-acoustic performance of Hagar's hit "Eagles Fly" and the Van Halen hit, "When It's Love."

George Thorogood and the Destroyers opened the show and delivered a fun, dirty brand of good time, alcohol guzzling, rock and roll music that no one could deny.

Thorogood's raspy vocals and catchy music was only outshined by his onstage charisma and boyish charm. He knows how to work a crowd and he and his band have the music and the chops to back it up.

Thorogood and company's 60-minute set included the opener "Rock Party" and well known tracks "Who Do You Love?," "I Drink Alone," "One Bourbon, One Scotch and One Beer," "Get a Haircut," and, of course, his career defining hit and set closer, "Bad to the Bone."