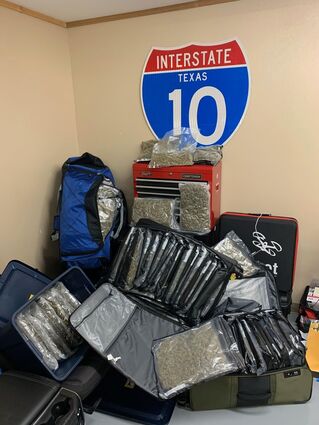 The Orange County Sheriff's Drug Interdiction Unit on Interstate 10 scored again by stopping an Italian vehicle that deputies said had 99 pounds of pot in plastic totes and suitcases.

According to a press release from the Sheriff's Office, the drug interdiction on September 15 stopped a 2019 Alfa Romeo on "several traffic violations." The release did not say where the stop was made or the time of the stop. 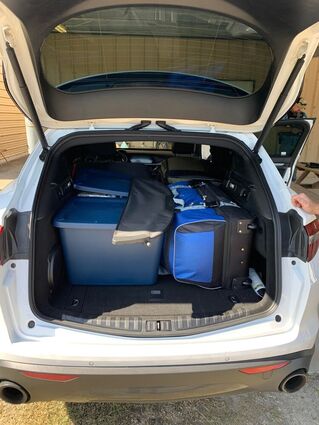 The release said the Drug Interdiction Unit detectives saw marijuana in plain sight in the car when they went to speak to the driver, Malika Patterson, who was alone inside.

After probable cause to search the vehicle, the deputies found wrapped packages of marijuana stored in the totes and suitcases. The total weighed approximately 99 pounds, according to the press release.

Deputies gathered information that the pot was being transported to Georgia and Maryland. They also found identifications, credit cards, and checks with various names on them. The Sheriff's Office is passing along their information to law authorities in the other two states.

Patterson was arrested for second degree felony possession of marijuana and could face two to 20 years in a Texas state prison. She posted bond in Orange County and was released.