Astros should hit 100 wins in the next few days 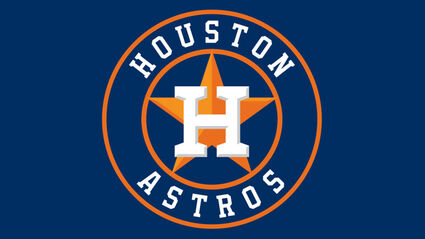 This has been a weird season for the Houston Astros as far as personal and team statistics are concerned.

The Astros are near the bottom of the major leagues as far as their team batting average is concerned, yet at the top in American League victories and starting and relief pitching and near the top in home runs.

It's no secret that the team has already qualified for the American League post-season playoffs, but going into Monday's game at Tampa Bay, either one more Astros win or one more Seattle Mariners loss will give Houston its fifth AL West Division title in six years.

Going into Monday's three-game series at Tampa Bay, the Astros' 96-51 record was the best in the American League and second in the major leagues, four wins behind the Los Angeles Dodgers (100-44).

The main reason the team is doing so well this season is definitely not because of the player's batting averages, but instead, the skimpy earned run averages both the starting pitchers and the bullpen possess, which is the best in the majors. The Astros may only score two or three runs in a game, but still manage to win most of them because of the brilliant pitching.

Verlander has been an outstanding pitcher for the past two decades and is among the all-time leaders in mound victories, earned run average and career strikeouts. He is probably one of the wealthiest active pitchers, too.

The 38-year-old Verlander has perhaps the most intense workout schedule between starts and plans to pitch until he's 45-like the NFL's Tom Brady. The fire-balling right-hander still can hurl his four-seam fastball at 100 mph when he wants to.

He was inactive for the past two weeks with a strained calf injury, but returned to the starting rotation Friday on a pitch-count of 80. He completed five innings-not giving up a run or even a base hit. The Astros blanked Oakland 5-0 and Verlander notched his 17th win against only three losses and lowered his ERA to a miniscule 1.78.

Valdez is another story who set a single-season major league record Sunday by becoming the only pitcher in major league history to have 25 consecutive quality starts when he threw six innings and gave up only two earned runs.

Houston won 11-2 over the Oakland Athletics as Valdez upped his season record to an impressive 16-5.

Valdez began his consecutive quality start skein April 25 against the Texas Rangers. He had six quality starts in May, five in June, five in July, five in August and three so far this month. A quality start is one in which the pitcher allows three or fewer earned runs and pitches at least the first six innings.

Not all the story is bad about the team's hitting, either. Youthful strongman Yordan Alvarez continues to pound the ball out of every park except Yellowstone and helped Verlander win Friday night by going four-for-four with his first three hits being solo home runs.

The other batting hero for Houston is right-fielder Kyle Tucker, who worked his way into the starting lineup last season by driving in crucial runs, and this year is only one RBI shy of the magical 100-mark through Sunday. He also has pounded out 28 home runs.

The star that everybody loves-Jose Altuve-got off to a horrid start during the first two months of the season, but if you look at his statistics today, he is batting right at the .290 mark and has hit the same number of home runs he normally does.

The Houston Astros are just waiting for the next two weeks to go by so they'll be ready for the 2022 American League playoffs, with the World Series in their long-range plans.

KWICKIES...Have you noticed that when Tom Brady takes off his helmet, his face looks much younger than someone who is 45 years old? The rumor going around the football folks is that he took those first 11 days off Tampa Bay Buccaneers training camp to either have a facelift or to be a masked singer or both.

And speaking of Tom Brady, he had a problem getting a receiver open around New Orleans Saints' cornerback Marshon Lattimore. So, he ran his mouth shouting at Lattimore after a play that incited a bench-clearing scuffle after Bucs' running back Leonard Fournette shoved Lattimore and wide receiver Mike Evans rushed and flattened Lattimore. It took a while for the fracas to slow enough for the game officials to eject both Evans and Lattimore from the contest. Brady's first pass to the corner where Lattimore once played went for a Tampa Bay touchdown midway through the fourth quarter, snapping a 3-3 tie and eventually giving the Bucs a 20-10 victory and remaining undefeated in two games.

This week's Top 25 College Football Poll changed very little in the top 10 with only Oklahoma State and Kentucky switching the No. 8 and No. 9 positions. The rest of this week's top 10 poll remains the same-1. Georgia 2. Alabama 3. Ohio State 4. Michigan 5. Clemson 6. Oklahoma 7. USC 8. Kentucky 9. Oklahoma State 10. Arkansas. The pollsters didn't think too much about the victories by Texas and Texas A&M, with the Aggies moving up one place from No. 24 to No. 23 while the Longhorns slipped a notch from No. 21 to No. 22.

If you don't think there's parity in the NFL this season, nine of the 2021 playoff teams began this season 0-1. And 89 per cent of teams starting a season 0-2 do not make the playoffs at all.

It was a happy day for New York City sports fans Sunday as the NY Giants, NY Jets, NY Yankees and NY Mets all won their games. The last time that happened was on Sept. 27, 2009.

JUST BETWEEN US...People are coming up to me every day asking me if I know what's wrong with the West Orange-Stark Mustangs after they lost two games in a row they normally win. That's the key-normal. Whenever changes are made, sometimes it takes a while to get things back to normal. There's no doubt in my mind the Mustangs will be in the state playoffs, but may not as the district champion for the first time in 18 years.