Mustangs to tangle with Tigers 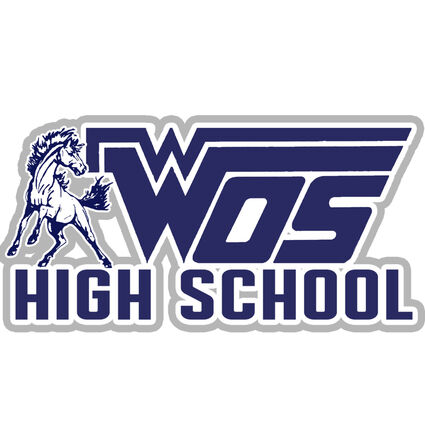 Two weeks ago the Mustangs lost at home to the bigger Port Neche-Groves Indians. Last Friday West Orange-Stark travelled to Newton and dropped a 24-21 decision to the Eagles. The Mustangs have not lost three straight games since the 2001 season.

Coach Hiawatha Hickman of the Mustangs reminded that two-way starter Jamaal Shaw rolled his ankle on the first offensive series against Newton and did not return the rest of the game. Hickman is hopeful the ankle sprain is not too bad but added Shaw is questionable against Silsbee.

Jailen Brown replaced Shaw at running back and had the most rushes of any Mustang runner in the game with Newton. In addition Brown played every down on defense.

Sophomore Marcus Turner replaced Keyshawn Robinson at quarterback after Shaw was injured. Turner threw three touchdowns and passed for 110 yards in the game. Hickman commented, "Marcus can throw it, he can do the run game, and that's all been part of his progression as quarterback. The other night we felt like it was a good time to give him an opportunity the way Newton plays defense we could have some shots we could take. Marcus handled everything like we asked him. I think going forward Marcus gives us a guy that allows us to open up our entire offense."

The loss for the Mustangs was disappointing since they had an advantage in most of the statistics. "I thought our kids fought. I thought we outplayed Newton in just about every aspect of the game. It was just three or four plays during that game that were the difference between us winning or losing," Hickman expressed.

While the Mustangs have lost their last two games, the Silsbee Tigers have won all four of their games. The Tigers have outscored their opponents 169 to 51 this season.

Silsbee will run multiple formations but the most used formations are versions of the Spread. The Tigers will try to big play opposing defenses using their outstanding skill players.

Guiding the explosive Tiger offense is senior quarterback Mason Brisbane. He can throw the ball all over the field.

Brisbane's number one target is Dre'lon Miller who is big, fast, and has good hands. Miller caught 16 touchdown passes last year and will occasionally line up at running back. "Every game he tends to catch a deep ball over everybody's head. They've played him a little bit at running back. Miller is a big time recruit, he's a big time guy that we've got to account for we've got to know where he is at all times," Hickman emphasized.

The running game for the Tigers is also good. They have used six different running backs including Miller. The top three backs are Trei Kibbles, Jonah Brown, and Kevin Martin who all run hard. In short yardage situations Silsbee will use Jayron Williams and Jamarion Elam.

Hickman pointed out the Silsbee offensive line is not as big as it has been in recent years. The Tiger blockers are quick and do a good job in pass blocking for Brisbane.

The Tiger offense can be summarized in one word, speed. "Their skill is just like ours with their receivers and the running backs like it has been the last seven years since we've been in the same district together. It'll be a dogfight," Hickman repeated.

On defense Silsbee bases out of a 4-2-5. The Tigers will jump into a 50 front at times. They will often slant up front and will send blitzes off the edge and up the middle.

In the middle up front are tackles Kyle Walker and Ryan Drake who are big and aggressive. Rotating in at defensive tackle is Brayden Beasley who is smaller but quicker. This is one area where the Tigers are a bit young and inexperienced on defense.

The linebackers Jayron Williams and Jarmarion Elam are the highlights of the Tiger defense. Both are big and can run. Williams has been starting since he was a freshman.

The secondary personnel is rotated using different Tigers in the various positions. A leader though is safety Lamarcus Bottley who has several interceptions this season.

Despite two straight losses Coach Hickman thinks the Mustangs have made improvements especially on defense. "I thought we took a significant step on defense. We were sound on defense, we didn't give up many yards to a good Newton team that was scoring a lot of points. Offensively, the line played well like it's been doing, but we had a hard time catching the ball we dropped a lot of passes the other night. We're improving and you can watch the film to see us getting better every week," Hickman pointed out.

This contest marks an early showdown between the two teams that have dominated the district. Hickman reminded, "Us and Silsbee are probably the two favorites to win the district and have played right off the bat the last five or six years. This game kind of sets you up for down the road, if we win this one and then some other ones we think we can win, so it'll be good to start the district off that way."

Before Friday's battle the Mustangs are 2-2 and the Tigers sport a 4-0 record, but that changes at the kickoff. "Everyone's zero, zero now. We played a heck of a schedule our first four games considering the people we played. I think we're going to be battled tested. I think that schedule is going to benefit us when we go to Silsbee Friday night. We'll get after it and try to be one and oh again," Hickman concluded.

The West Orange-Stark Mustangs and the Silsbee Tigers play Friday night. The game will be in Silsbee beginning at 7:30.