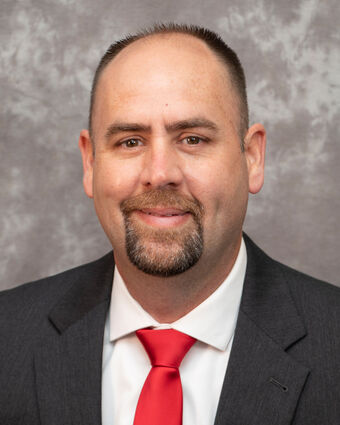 Dr. Mike Kelly has a rare chance this school year to learn new skills and find out what other public school districts are doing in Texas, three other states and Puerto Rico.

The superintendent for the Bridge City ISD was chosen this year for the Thompson Executive Leadership Institution through the Region 13 Education Service Center in Austin. The leadership program uses references to invite school leaders to apply for the program, but not everyone invited to apply is chosen.

"Obviously, it's very humbling to be a part of a group like this," Kelly said. "It's a huge honor to be selected."

This is the 30th year the institution has held the leadership academy. Dr. Bob Thompson, the institution's director, said membership in the academy is competitive and by invitation only. Kelly was nominated by his colleagues, met set of rigorous screening criteria, and was judged by the screening committee to have a leadership skill set that will add value to the discussions in a "think tank" of peers.

The institution has monthly meetings during the eight months of the school year with sessions lasting three days. Only 23 superintendents were picked this year with 17 from Texas, one each from New Mexico, Oklahoma, Arkansas, and Louisiana, plus two are attending from Puerto Rico.

Earlier this month, he attended his first leadership conference where some of the main discussions were about keeping teachers and other school staff.

"The first three days were just jam-packed with good nuggets (of information) and I get to bring them back to the district," he said.

He learned 77 percent of all teachers in Texas have considered leaving the profession and of that 77 percent, 93 percent have taken action to resign or retire.

"People are leaving the profession at an alarming rate," he said. Not only do schools lose the personnel, they lose the teachers' years of expertise, knowledge and skills.

One of the questions discussed during the leadership sessions was "What can we do to allow good teachers to the jobs and keep good teachers," Kelly said.

Teacher shortages aren't the only vacancies Bridge City and other districts are facing. "We have shortages of bus drivers, paraprofessionals, and food service employees," he said.

The October session is set to be in Puerto Rico, but Kelly said he does not know if the recent hurricane that hit the island of U.S. territory will be able to host it. He could bring some helpful hints, because even though he was not in Bridge City during storm disasters, he has learned what the district had to do to get back to operations.

The Bridge City school board is also going to benefit from Kelly's selection to the Thompson Executive Leadership Institution. All the school board members from the participant districts are invited to attend the February "visionary conference."

Kelly said Bridge City board members regularly attend statewide training meetings, but those are crowded and in convention centers. Texas has 1,026 school districts and most districts have seven-member school boards.

The Bridge City board will get a chance to meet with other board members to exchange ideas and learn what other districts are doing in a more personal setting with time to discuss issues and solutions.

The school board hired Kelly in 2021 in the midst of the Covid 19 pandemic. He has 22 years of experience in education after beginning his career as a high school English teacher and coach. He has also been a bus driver, an assistant principal, and a school principal.

He said he's excited to be in Bridge City as the district expands and increases enrollment. Voters this spring approved a bond election for new buildings and facility improvements. He said enrollment in the district this year continued to go up.