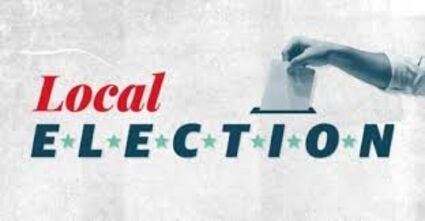 Orange County voters will have local elections during the November 8 general election as a new state law requires the members of the boards for special emergency services districts to be elected instead of appointed.

Orange County has four emergency services districts. In the past, Orange County Commissioners Court has appointed the members of the boards for the districts.

The Emergency Services District in Orange County provide fire and rescue service. Some of them have paid staffs and also utilize volunteer firefighters, while others rely on volunteers. Each district has property taxes for people living within the district. ESD 3, which is for Little Cypress, also has a sales tax that was approved by voters.

State Senator Robert Nichols (R-Jacksonville), whose district includes Orange County, pushed to get the boards of emergency services districts elected by the general public. He wanted elected boards to go with the philosophy of taxation with representation.

The city of Orange has the only full-time professional fire department in the county. The cities of West Orange and Pinehurst have their own volunteer fire departments. Residents of those cities will not vote in the emergency services district elections.

Candidates filed with the Orange County Elections Administration Office this first year. Each district will elect five members at-large, with the five receiving the most votes winning positions. The ESDs do not follow county precinct lines.

ESD 1 is for residents in the city of Vidor and its outlying areas and has seven people running. Candidates are:

ESD 2 is for the city of Bridge City and its outlying areas including Orangefield. Six people filed to run. Candidates are:

ESD 3 is the Little Cypress Fire and Rescue Department. Six candidates filed for the five positions. Candidates are:

ESD 4 covers the Mauriceville and McLewis areas. Only five people filed for the five positions. Candidates are:

The ESD 1, which covers the city of Vidor and its surrounding areas, has a tax rate of 10 cents per $100 valuation, meaning the owner of $100,000 worth of property will pay $100 a year. The district does not have a homestead exemption, but has a $10,000 property exemption for people age 65 and older.

The ESD 3 is the Little Cypress Fire and Rescue Department, which has a tax rate of 6 cents per $100 valuation. The owner of $100,000 worth of property will pay $60 a year. The district also does not have a homestead exemption, but gives people age 65 and older a $10,000 property exemption.

ESD 3 also has a 1.5 percent sales tax, which was approved by votes more than a decade ago. It is the only ESD in Orange County with a sales tax.

The ESD 4, which covers the Mauriceville-McLewis areas, has a tax rate of 3 cents per $100 valuation. The owner of $100,000 worth of property will pay $30 a year for taxes. The district does not have a homestead exemption, but allows a $5,000 exemption for people age 65 and older.

Registered Orange County voters may go to any of the early voting sites to cast a ballot. On Election Day, they are required to go to their assigned voting box.