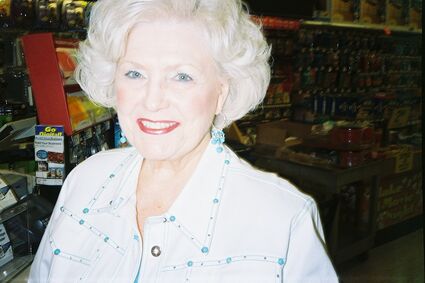 Charlene, as she was known to all her family, was raised in the United Pentecostal Church. Growing up first in Orange, then Bridge City, where her father founded the Bridge City Pentecostal Church. She graduated from Stark High School in 1952 and married the love of her life, Sergeant First Class Oscar Raymond Smith, U.S. Army, later that year on November 15, 1952.

In 1955, Raymond reenlisted, this time in the U.S. Air Force. They began a wonderful adventure that took them and their children to places all over the country and overseas. As a military wife she enjoyed being a part of the military wives’ clubs, Beta Sigma Phi, and many other civic and school organizations. After her husband retired from the Air Force in 1971, they returned home to Southeast Texas.

She worked in the healthcare industry beginning in a hospital business office in Montana, then as a physician office manager. Returning to hospital administration, she was promoted to Business Office Director for multiple hospitals, finishing her career as a traveling Business Administrator for HCA Hospital Corporation of America.

She is a former Bridge City, TX City Councilwoman and Mayor Pro Tem. She was also a member of the Board of Directors for Lamar University of Orange, Heritage House Museum, as well as hosting the Service League of Orange Toys for Tots Toy Coffee in her beautiful historical home in Orange.

Along the way she owned several antique stores and was a wonderful decorator and collector of antiques. Her home was always a showcase of beauty, as was she herself. She took great care to always look her best in and out of the home. Always tastefully dressed, never a hair out of place in public.

Lois helped to raise her siblings after the early loss of her precious mother. She became not only a mom to them but to almost everyone she met. She always made sure that the holidays were extra special and that every child had a gift. Sunday dinners at her home were always full of family, laughter, and lots of wonderful food. She was an amazing cook!

She loved being up to date on everyone’s lives, and of course, always giving her opinions on anything that mattered. She was the epitome of warmth and sincerity, she never met a stranger, she touched the lives of everyone she met with her gracious character, she treated everyone as though she had known them for years and considered them all her close friends.

She is eagerly awaited in Heaven by her Father and Mother, her brothers Charles, Lannie and Henry Talbert, stepbrothers Archie Conley and Ellis Arthur, her precious sister Rebecca Brookshire, and her beloved husband Oscar Raymond Smith, Sr.

Lois’s life was dedicated to her family and her greatest pleasure was being the Matriarch of that family.

She is survived by her sons: Oscar Raymond “Butch” Smith, Jr. and wife Katherine of Plano, TX, David Wayne Smith, Sr. and wife Bobbie of Orange TX and Steven Allen Smith of Center, TX. As well as her only daughter, Suzanne Schatzle and husband Erich of Pooler, GA. Her brothers John Talbert of Port Neches, TX, Tom Talbert of Henderson, NC, Fred Conley, Jr of Saint Paul, MN, Belton Arthur of Canyon Lake, TX and two stepsisters Kathy Murray of Katy, TX, and Phyllis Martin of Sunset, LA. She was blessed with the love and affection of them all and 15 grandchildren, 20 great-grandchildren (plus one more due in March 2023), and 3 great-great-grandchildren including her namesake, Charlene.

In lieu of flowers, a tribute gift can be made in Lois’ name to Parkinson.org or the michaeljfox.org for the research and cure of Parkinson’s Disease.