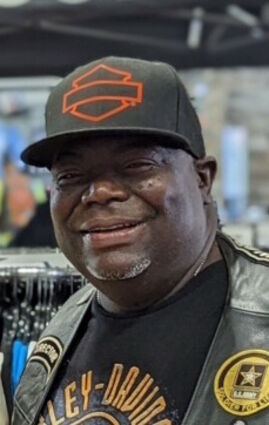 Anyone who talked to Van Jordan for a while went away feeling like they had been life-long friends, that's the kind of man he was, said J.W. Dalton.

Jordan was a Christian minister, military veteran, and led the area motorcycle HOG, Harley-Davidson Owners Group. Jordan died last week at his Port Arthur home at the age of 56. In addition to being a motorcycle enthusiast, he owned a construction company in Port Arthur and was a minister.

Dalton, who owns Top Deck in Mauriceville, was friends with Jordan for a number of years as they shared their love for motorcycles. They worked to organize the "500 for Life" motorcycle run that took place this past June.

"He was larger than life with his attitude," Dalton said. "He was so influential (with motorcyclists) and he was a very kind-hearted man."

Dalton said Jordan began the "500 for Life" as a way to promote motorcycle safety after his nephew had been killed in an accident while riding a motorcycle December 30, 2021. The plan was to get 500 motorcyclists to ride in a convoy from Columbanus Motor Sports in Orange to Cowboy Harley in Beaumont.

The organizers hoped to draw 500 motorcycles. Even though they fell short, more than 250 motorcyclists completed the run along Interstate 10 with law enforcement officers helping escort them.

Dalton said Jordan took his nephew's damaged bike and mounted it as a display for what can happen to a motorcyclist. The display is used for education purposes. Dalton and Jordan were among a group that has made "500 for Life" into a 501C non-profit group to continue Jordan's mission.

Jordan was director of the Cowboy HOG Chapter 5298 in the Southeast Texas area. His leadership and promotion of the sport riding led the Harley-Davidson company to name local organization as a top HOG in the country to celebrate the company's 120th anniversary next year. 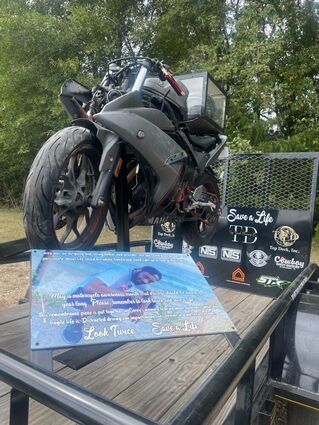 Van Jordan used the damaged motorcycle that his nephew was riding when he was killed in an accident to make a moveable display to demonstrate the need for motorcycle awareness and safety.

Dalton said Jordan will be missed, but his mission for motorcycle safety awareness will live on.

Funeral services for the Reverend Van Edward Jordan, Sr., will be Sunday at the Paradise Baptist Church, 4390 Fannet Road in Beaumont. Visitation will begin at 1:30 p.m. before the 2 p.m. celebration of life. As a U.S. Army veteran, Jordan will be buried with military honors at Greenlawn Memorial Park in Port Arthur. A large group of motorcyclists is expected to ride with the procession.

Survivors include his wife, Samantha Jordan, and six children.