Free 'Together Thursday' music this week at Riverside Pavilion 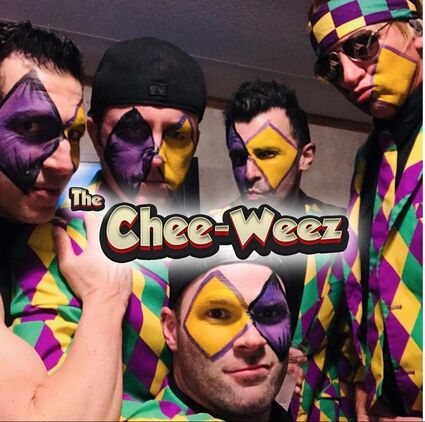 Dow Chemical and the Orange County United Way are once again sponsoring "Together Thursdays" in October with two free family-friendly live concerts at the Orange Riverfront Pavilion off Simmons Drive.

The first one will be this Thursday, October 6, at 6:30 p.m. featuring the band The Cheez Weez. Maureen McAllister, president of the United Way, said The Cheez Weez is a cover band that plays a lot of pop and rock songs from the 1980s and 1990s. She said the band is similar to the band Bag O Donuts, which has performed here before.

Families are invited to bring lawn chairs to sit and listen to the music. Food trucks will be available to purchase supper or snacks. Coolers will be allowed so patrons can bring adult beverages or other cold drinks. No pets will be allowed.

McAllister said Dow donates money to pay for the gatherings and the United Way is allowed to sell VIP spots. The VIP spot income then goes to United Way to assist in a number of local charities. A VIP spot allows the sponsor to set up tables and chairs under the pavilion cover. VIP spaces for both concerts are still available by calling McAllister at 409-883-3591.

The second Together Thursday will be October 20 at 6:30 p.m. at the Riverside Pavilion off Simmons Drive. The band will be Drywater, which also performs cover music including soul, rap, rock, and country.