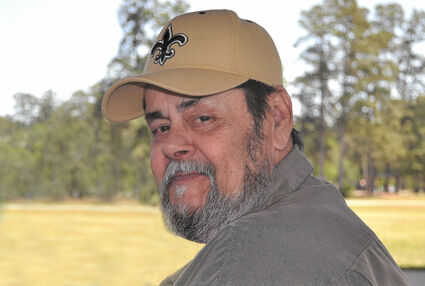 Funeral services will be at 2:00 p.m., Saturday, October 1, 2022, at Claybar Funeral Home in Bridge City. Officiating will be Deacon Steve Obernuefemann. Burial will follow at Hillcrest Memorial Gardens in Orange.

Visitation will be held prior to the service at 1:00 p.m., Saturday, at Claybar Funeral Home in Bridge City.

Born in Many, Louisiana, on November 4, 1944, he was the son of Lou Ellis Leone and Minnie (Rippy) Leone. Louie worked as a towboat captain for 41 years. He was passionate about his work and was proud to have a towboat named after him when he retired. Louie had a love for driving and racing fast cars and in younger years was known for winning many Saturday night backroad races. He enjoyed watching and attending many NASCAR events over the years. If it was on TV when you came to visit, it should never be interrupted. He also liked riding motorcycles, an occasional casino trip, and his XBox racing games. Louie was a one-of-a-kind man with the best sense of humor He had a giving heart and the gift of patience. He was a wonderful husband, dad, granddad and brother. He lived for visits from his grandchildren who affectionately called him "Cappy". Louie will always be remembered by his loved ones for drivin' boats and telling jokes.

He was preceded in death by his parents.