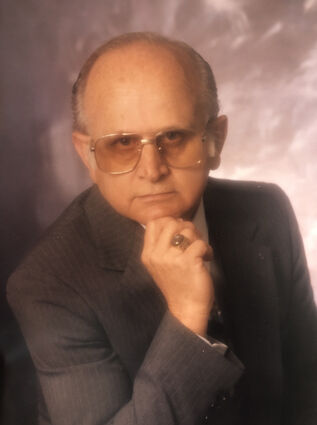 Funeral services will be 10:00 a.m., Monday, October 3, at St. Mary Catholic Church in Orange. Officiating will be Father Antony Paulose. Burial will follow at St. Mary Cemetery in Orange.

Born in Orange, Texas, on January 13, 1936, he was the son of Liles Wolfford and Emily (Gallien) Wolfford Spiares. Roland was a proud member of the United States Air Force and was also in the Active Reserves. He attended St. Mary’s Catholic School from 1st grade till his senior graduation. Sister Rachel was his mentor and a very dear friend to him for many years. Roland met his wife Shirley, and they were married at St. Mary’s Catholic Church on August 18, 1956. They were high school sweethearts and recently celebrated their 66th wedding Anniversary. They were inseparable and loved each other without end. He was a mechanic at Firestone Petrochemical in Orange for 35 plus years. He also worked for Livingston Shipyard, Bethlehem Shipyard, and was a Dredge Boat Engineer. Roland was on the board of Firestone Employees Federal Credit Union, Junior Chamber of Commerce, and was also the general manager of Evergreen Cemetery for 20 years. He was the Stage Manager for 38 years at Horizons and loved each and every performance. He has been a member of St. Mary’s Catholic Church since the day he was born, Knights of Columbus for 52 years, and a lifetime member of the Boy Scouts of America. He loved to fish with his sons, even when the catch was small and travel the roads with his daughter no matter where the road led. Roland adored his family especially his many grandchildren more than anything. He was a loving husband, father, grandfather, and friend to many. He loved his nieces and nephews and loved his many trips to visit Baton Rouge. He was looking forward to new grand little ones due in 2023. He loved big, he served big and will be dearly missed by those who knew and loved him. He believed in faith, family and country above all.