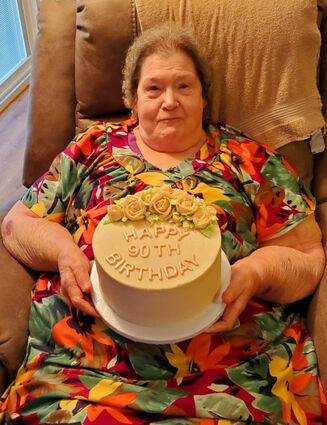 On Friday September 30th 2022 Sarah Ann Jackson Bell Ozan ended her earthly adventure. She is survived by her daughters, Sharon Ann Bilbo, Bonnie Sue Ravencraft and Son in law Stanley Ravencraft as well has two granddaughters Theresa Ravencraft and Kelli Lincecum and their husbands Marcus McLellan and Joshua Lincecum. She also left behind a deeply loved great grandson, Kyle Henry Lincecum. Sarah Jackson Lived many lives in her 91 years. She graduated high school, married William McKinley Bell in May 1949, and went on to have two daughters, Bonnie Sue and Sharon Ann Bell. After becoming Widowed, Sarah put herself through a demanding nursing program, becoming a nurse. It was a vocation she was proud of and continued for decades. Later she would remarry longtime friend Mervin Ozan Senior in April of 1985.

Sarah loved to bowl in her youth, even joining a bowling league. She loved spending time with her 7 siblings. William Jackson and Charles S Jackson still survive her. She has gone on to meet Evelyn Taylor, Theresa Pearl Jackson, Norma S. Yeaman, Harold Jackson in glory. She preferred a recliner and a “visit” with family over most anything. She enjoyed watching Hallmark movies at a truly remarkable volume. She loved her family above all and preferred to have all of them close by. She also had an affinity for lemon desserts, but above all these things she loved God the first and foremost.

She had a lively personality barely contained behind a sweet grandmotherly exterior. Most important to remember is that Sarah Ozan had grit. She buried two husbands, her parents, and numerous siblings, and still had wit sharper than a knife set. She was quick witted, letting zingers fly when no one expected them. She was kind. She was cheeky. She was deeply intelligent. She was stubborn as a stone. She was remarkable, and she will be missed until all those that love her see her again.