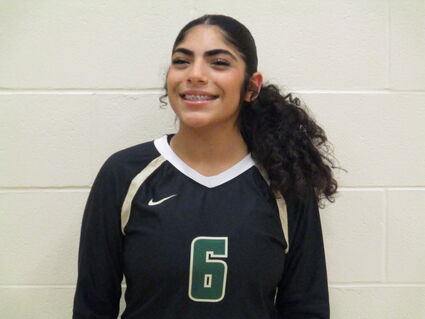 The Little Cypress-Mauriceville Lady Bears won both of their volleyball matches last week to stretch their district winning streak to five straight. The Lady Bears are in second place behind Bridge City.

The Lady Bears won on Friday, September 30, in straight sets 25-10, 25-13, 25-16 over the Silsbee Lady Tigers. Chrissy Joseph led the Lady Bears with 9 kills followed by Lindi Perry with 5 kills. Hallie Maddox had 19 assists and Lexi Tubbleville was the Lady Bear leader with 8 digs.

Janniliz Nazario served 4 aces against Jasper. Against West Orange-Stark in the week's earlier match Nazario had 5 aces as well as serving for 15 straight points to end the third game 25-5 for LCM. Lady Bears Mariah Ammons and Hallie Maddox both had 6 aces in the match with the Lady Mustangs.

Chrissy Joseph led the Lady Bears with 12 kills while Lindi Perry and Kenna Peveto both had 5 kills. Maddox led in assists with 19.

The Lady Bears had their second half bye on Tuesday. They resume action on Friday at Bridge City.