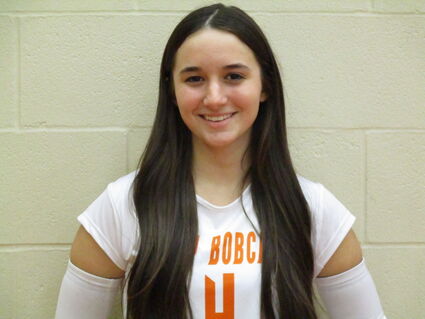 Orangefield won last Friday's match on the road in four sets over the Anahuac Lady Panthers. Anahuac took the first set 25-19 before the Lady Bobcats grabbed the next three 25-19, 25-22, and 25-23 to capture the match.

Leaders for the Lady Bobcats were Mackenzie Haley with 15 kills and Harleigh Rawls with 20 digs. Brianna Moore led Orangefield with 22 assists and Libby Thurman served 6 aces.

On Tuesday, September 27, Orangefield played at home and swept the Kountze Lionettes. The scores were 25-13 in all three sets for the Lady Bobcats.