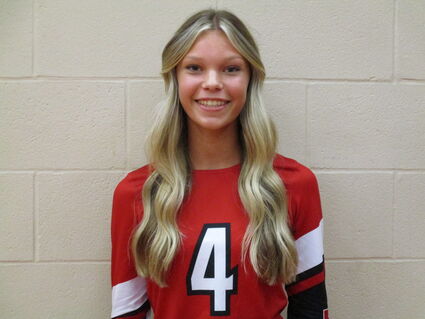 The Bridge City Lady Cardinals were the preseason favorites in volleyball, and they played up to their potential during the first half of the district competition. The Lady Cardinals are undefeated and in first place through their first six district matches.

Against Jasper Bridge City got a strong game at the net from Demi Carter with 10 kills and 4 blocks. Anna Kelly had 8 kills to go with 5 aces. Taryn Doiron was a serving phenom with 10 aces. She also led the Lady Cardinals with 13 assists. Makenna Knight served 7 aces and had 3 kills. Other leaders for Bridge against the Lady Bulldogs were Cambree LaComb with 11 assists and Lexi Nugier with 6 digs.

The Bridge City Lady Cardinals started the second half of district on Tuesday at Silsbee. On Friday the Lady Cardinals play the Little Cypress-Mauriceville Lady Bears at home. Bridge City won their first meeting with LCM in a tight five-set match. The varsity game starts at 4:30 PM in the Bridge City High School competition gymnasium.