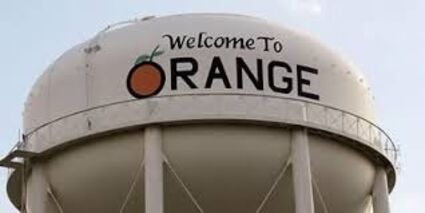 Orange will be having an even bigger Juneteenth Festival in 2023 as the Orange City Council approved awarding the Krewe de Onyx, sponsor of the event, $45,000. The group also has a donation from Father Jim Sichko for $15,000. He announced the donation on his Facebook page in June after giving the sermon for the Sunday worship service.

The money comes from hotel taxes paid by people renting rooms in hotels and motels within the city limits. State law restricts the use of the money to "heads in beds," or events that draw people to stay in the local hotels. State law also allows money to be spent on historical preservation and cultural activities that promote tourism.

The largest expenditure the City Council approved is the city's own Convention and Visitors Bureau. Brandy Judice is director of the CVB but operates under Trahan. The CVB budget for the 2022-23 year is $794,432.

The Lutcher Theater is getting $50,000, the same as in the past few years. The theater has shown the city in the past that it can be considered one of the biggest draws to local hotels simply from the casts and crews for the touring musicals and plays it brings to town. That also spreads the word of Orange. This summer in New York City, a stand-up comedian from Orange was telling jokes about her hometown without naming it. A man came up and said "you're talking about Orange, Texas, aren't you?" He had been in a touring companies that had performed here.

Fishing remains a large part of the city's expenditures. The city council decided to allocate $40,000 to a national fishing tournament. City staff recommended $25,000, and the council agreed to increase the amount by $15,000.

Others that the city council agreed to increase from staff recommendations were to the Southeast Texas Arts Council Off-Ramp magazine, a slick publication put in area hotel rooms and restaurants that promotes activities in the Orange-Beaumont-Port Arthur area. The city had cut the contribution in past years to $2,000, but this year increased the recommendation to $3,500. The other increase was to Adventure 2000 Plus, a long-operating boat tour company that uses the money for brochures to distribute to hotels and tourism groups.

The Greater Orange Chamber of Commerce is overseeing the $40,000 for the national fishing tournament and is also getting $5,000 for the annual Mardi Gras parade plus $5,000 for the Sabine River Festival held in conjunction with the professional Bassmasters tournament.

The city council cut the allocation to the hurricane-ravaged Heritage House Museum by $10,000 this year. The allocation has gone down in recent years from $35,000 and is now at $15,000.

The Gulf Coast Cajun Association once again is receiving $3,000 for the annual Cajun festival held in Orange each fall for several years.

Dragon Lady Airboats, which conducts river and swamp tours, is getting $3,000.

The Orange Lions Club was allocated $5,000 for its annual charity carnival plus another $1,000 for holding a Lions District event, which draws people from a wide swath of East Texas.

3 Bros Running Company is a new recipient of CVB money and is getting $2,000 to sponsor a 5K run. The company had its first run in Orange earlier this year and promoted local sites on its Facebook page. In addition, the company is sponsoring a Pumpkin Run before on Saturday before the Orangetober festival sponsored by the CVB.

Orange Community Players, another hurricane-ravaged cultural group, was allocated $2,000. It is the first CVB contribution to the organization, which began in the 1950s, in more than a decade. OCP has had to move from its downtown location because of flooding from hurricanes Harvey and Ike has made insurance too expensive. The group has purchased the old twin movie theater off Edgar Brown Drive and is renovating it. The group has continued to have performances at the Train Depot and had its annual children's theater workshop at a local church this past summer.

The city in the past few years has also allocated money to the Friends of the Orange Depot, the non-profit group that renovated the century-old Southern Pacific Railroad Depot, that had been abandoned and decaying for years. This year, the train depot is not getting any CVB money.