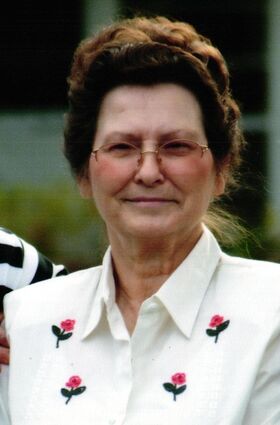 Funeral services will be 11:00 a.m., Thursday, October 6, 2022, at Claybar Funeral Home in Orange. Officiating will be Reverend Prentice Burks. Burial will follow at Orange Forest Lawn Cemetery in Orange.

Visitation will begin at 10:00 a.m., Thursday, at Claybar Funeral Home in Orange.

Born in Hackberry, Louisiana, on November 4, 1937, she was the daughter of Eli and Anna Broussard. Ruby began working as a hairstylist at the Jack Tar Hotel in Orange. She later left and opened her own salon where she happily worked until she retired. Ruby was a loyal and devoted member of the Bridge City Pentecostal Church. Ruby loved and treasured her family more than anything, they were her entire world. She was truly loved by her family and friends and will be deeply missed for years to come.

In lieu of flowers, memorial contributions can be made to the American Cancer Society in honor of Ruby at https://www.cancer.org/involved/donate.html

The family would like to give a special thanks to Compassion Care especially Elaine, Sherry, Scott, Joanne, and Jessie.