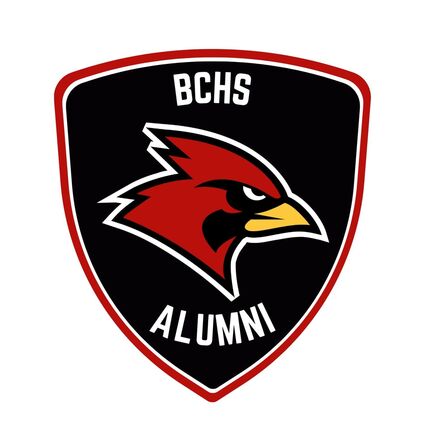 Three former Bridge City High School graduates will be honored as Distinguished Alumni by the Bridge City High School Alumni Association on Friday, October 21, 2022. Anita Cone Murchison, class of 1966, Frank Scales, class of 1977 and Steve Worster, class of 1967 who will be honored posthumously. The varsity football team will wear #30 on their helmets for the homecoming game in honor of Worster. The football players will assist in the award presentations to Worster’s two children. Awards will be made prior to the homecoming game at Larry Ward Stadium beginning at 6:30 p.m. and again at The Classic Cardinal Reunion, October 22 at the high school cafeteria.

Anita Cone Murchison graduated BCHS in 1966. She is the daughter of Shirley and Eddie, Cone Sr. and has one brother, Eddie Cone, Jr. The Cone family lived in the Bessie Heights area on the outskirts of Bridge City then moved to Roundbunch Road in 1955 when Anita began first grade. Her parents were very active in the community helping with its growth throughout the 1970 and 1980s. While in school Anita joined the band and played trombone then became drum major her junior year in high school. Because of her love of music, Anita took piano lessons from John Conders and Ann Bryant then played at Second Baptist Church for 15 years. She played for weddings, funerals, and church functions. Anita recalls helping Ann Bryant with piano recitals and school musicals. Anita began working at her parents’ business, Town, and Country Store, in 1958.

Anita received her Bachelor of Elementary Education in 1970 with a specialty in music and began teaching at Sims Elementary School then taught for 23 years at BC Junior High School mentoring thousands of young minds. She had a positive impact on Bridge City students and her community. She later graduated from Lamar University with a Master’s in Education in 1976. “I love teaching junior high, it was my calling,” commented Anita.

Anita and her husband Barry Murchison, also a BCHS graduate 1967, owned and operated two businesses in Bridge City, The Frame and Art Company on Texas Avenue and the Yellow Rose Bar-B-Que stand next door. When she retired from teaching in 2002, Anita went to work full time at the frame shop. Later they sold the businesses and moved to Beaumont. They are active members of Westgate Memorial Baptist Church where Anita is a member of the Prayer Quilting Ministry, an organization that makes quilts for the critically ill. Both Anita and Barry are retired and enjoy traveling. Anita loves her hobby room where she is creative with her embroidery machines and Barry enjoys golfing. They spend a lot of time with their 5 children and 7 grandchildren. “Retirement is great,” Anita says.

Frank Scales, a 1977 graduate of Bridge City High School, was a percussionist in the marching and concert bands. He was all-region percussionist for the band, an accompanist for the choir, played keyboard for the jazz band, won all-region accompanist for the choir, won division one UIL state percussion, was on the National Honor Society and was an honor graduate. Frank studied music at McNeese University and was a drummer for the university marching band during which time he performed in the Louisiana Superdome for a New Orleans Saints half-time show which was televised on CBS as well as performed in the Independence Bowl Game alongside the legendary Bob Hope. Frank played percussion for the Lake Charles Symphony Orchestra and keyboard for the Chris Flowers & The Louisiana Express Band.

Frank began working in broadcasting where he worked weekends at first at a few Southwest Louisiana and Southeast Texas radio stations that would eventually evolve into full-time positions. He became program director for KTFA, with a studio in Bridge City, and afternoon DJ on B95 in Beaumont. Frank would later move into audio production full-time. He was creative services director for KLBJ Radio Group – Austin, Texas where he worked for Lady Bird Johnson and the Johnson Family. Frank was also audio Producer/Voice Talent for the famed Bill Young Productions, Sugar Land, Texas where he voiced and produced campaigns for such notable artists such as Harry Connick Jr, BB King, DCTalk, Andrea Bocelli, and many more. Frank became creative services director for K-LOVE & Air 1 Radio Networks, based in northern California and director of production at Immaculate Heart Radio / Relevant Radio Networks, based in Chicago with studios in northern California. He has been band director for several churches in Texas and California.

Frank is currently the webmaster of Bridge City High School Alumni’s website with he relaunched in 2005 after the untimely passing of Linc Schexnyder, BCHS Class of 1984. In 2004 Linc was instrumental in starting it all for BCHS Alumni. Frank and his wife Jan now live in Greeley, Colorado where he continues his audio and music production work from his home studio. They have three daughters and eight grandchildren.

A posthumous alumni award will be presented to Erin Worster Stephenson and Scott Worster on behalf of their father, Steve Worster, a 1967 BCHS graduate. Steve passed away in August 2022 at his home on Cow Bayou in Bridge City.

Steve is well known in the community and helped put “Bridge City on the map” since 1966 when he and the Cardinal football team went all the way to the state championship for the school. Steve won all state honors his junior and senior years making him a three-time Texas all state running back. Because of his total running back yardage, he was recruited by many colleges ending up at the University of Texas. According to his classmate and football team member, Darrell Segura, “Steve was the humblest member of the team.”. Darrell is now the BCHS Alumni Association president.

Steve began playing for the University of Texas varsity team in 1968 where he set many college records winning the Southwest Conference titles and two national championships. Steve was named All American twice and was fourth in voting for the Heisman Trophy in 1970. He was drafted by the Los Angeles Rams after college in 1971 but never reached a contract agreement for the Rams. Steve was named citizen of the year by the Bridge City Chamber of Commerce, was inducted into the Texas Sports Hall of Fame, the Texas High School Hall of Fame, University of Texas Hall of Honor and the Cotton Bowl Hall of Fame. Steve’s two children, Scott Worster and Erin Worster Stephens of Little Cypress will accept the award of their father’s behalf.