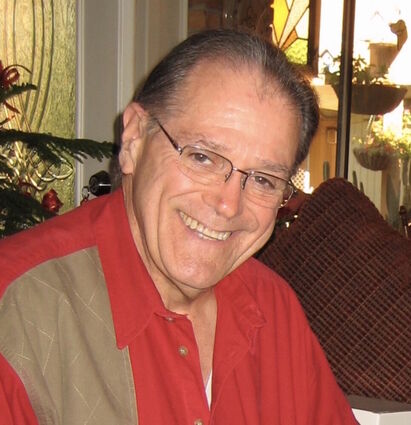 Back in 1980, Orange County was about to lose emergency ambulance service. Private providers were pulling out of the unprofitable business. Concerned leaders in industry, government, and the medical profession turned to the local expert on emergency care, David Claybar.

Claybar, who ended up the director of the old Orange County Ambulance Service for 24 years, died earlier this month at the age of 74. As a tribute, retired Acadian Ambulance Service executive Jeffrey Thibodeaux said that company would not be here without Claybar.

Claybar was a native of Orange and the son of Lannie and Marjorie Claybar, founders of Claybar Funeral Home in Orange.

In times past, funeral homes provided what would now be considered a crude ambulance service. They had drivers, some who had first aid training, to answer calls for vehicle wrecks, accidents, or other medical emergencies. The ambulances were often more hearse designs and the drivers would put victims or patients on stretchers and then speed to a nearby hospital.

David Claybar grew up next door to his parents' funeral home and became interested in the business, especially the ambulance service.

He graduated from Schreiner High School in Kerrville and then studied to become a licensed funeral director and embalmer. He became president and CEO of Claybar Funeral Home after the death of his father.

According to his obituary, he had the funeral home get the first modular ambulance in the United States. The modular ambulance has become the standard in the industry. Ambulances today have become like a mini-emergency room with a variety of equipment and trained medical technicians.

In the 1970s, Claybar served six years on the Orange City, a position that helped him learned about government operations, a knowledge that later became handy.

He married his childhood sweetheart, Peggy Trotter, and together they owned and operated two cemeteries, Orange Forest Lawn and Hillcrest Memorial Gardens.

Claybar later removed himself from the family funeral home operations and for a while owned and operated the Sportsman Store on MacArthur Drive that specialized in boat sales and equipment.

It was in 1980 that the community turned to him for help.

Ambulance service is a tricky business. The ambulances and their staffs respond to emergencies to treat the injured and sick without asking if a patient can pay. Often, patients who have received care do not have the money to pay or do not pay the costs not covered by their insurance.

The lack of payment for services led to the privately-operated ambulance companies in Orange County to announce they were leaving the business. Claybar's experience and knowledge of running ambulances and businesses made him a perfect choice to help form and lead the new Orange County Ambulance Service, which was first subsidized by the county.

As specialized ambulance equipment developed through the decades, Claybar realized larger services work better. After seeing the work of Acadian Ambulance Service of Louisiana work here after Hurricane Rita in 2005, he recruited the company to Orange, its first Texas site.

Claybar also helped convinced government leaders to grant exclusive ambulance service franchises to Acadian because he knew the company needed the non-emergency transfer jobs with pay to offset the losses from emergency calls. Acadian took over local ambulance services in 2006, including medical helicopters, and continues today.

Claybar is survived by his wife, Peggy, and sons C. David Claybar, a chef who owns Old Orange Cafe, and Lannie Claybar, who is Orange County Precinct 1 constable. He also leaves behind several grandchildren.