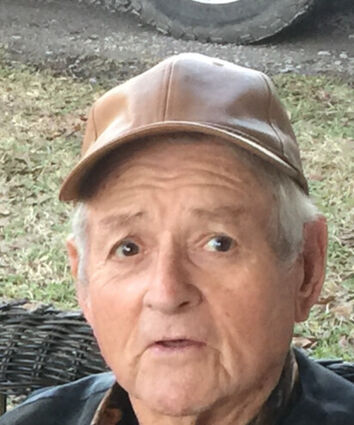 On Thursday, October 13th, 2022, John Edward Plunkett Jr., business owner, husband, and father of four children, passed away at the age of 95 in Beaumont TX of natural causes.

John was born in Pittsburgh Pennsylvania on September 2, 1927. His family eventually settled in Tennessee where John’s father worked as a carpenter. John moved to Orange, Texas after serving in the Navy during WWII and the Merchant Marines shortly after. He engaged in a number of different businesses before becoming the owner and operator of Hi-Top Roofing and B & J Construction where he served many in Orange and the surrounding areas. He was “Junior” to his siblings, but his friends knew him as “Smokey” because of his childhood home in the state of Tennessee, known for the Great Smokey Mountains. Always the collector, he enjoyed auctions and estate sales.

He also loved a good deer or dove hunt which was a regular part of his life during the hunting seasons. He loved family events and being surrounded with as many family members as the house could hold. Smokey was never idle. He was a visionary and had projects in the works right up until his death. “Old” was a state of mind that he never entertained, and he never considered himself retired.

He is preceded in death by his father, John Edward Plunkett Sr., and his mother Helen Davis Plunkett, his daughter, Helen Jean Plunkett-Barnard, his sisters: Marie Chisenhall of Clarksburg TN, Jean D’Orio, Loubell Phellps, Goldie Vickey Wrenn, and Geneva Tanner, all of Springfield TN, and brothers: Clarence and Calvin Plunkett of Springfield TN, and Curtis Plunkett of Winchester KY.

He is survived by his loving and devoted wife of sixty-six years: Sherlon “Bernice” Plunkett of Hartburg, TX, his sons: Clarence “Lee” Plunkett and his wife Shelley of Orange, TX, and Melvin Curtis Plunkett and his wife Rhonda of Hartburg, TX, his daughter Sherlon Faye Plunkett-Jones and her husband Jerry of Bridge City; and his sisters: Genette Wix-Harper of Springfield, TN and Dorothy Ann Plunkett of Cottontown, TN. Surviving brother Edward Plunkett also resides in Springfield, TN.

Services will be held at Dorman Funeral Home, 8808 Highway 87 North, Orange TX on Tuesday, October the 18th at 2:30 in the afternoon.

Interment will be at King Cemetery in Hartburg, TX directly following funeral services. All who knew him are welcome to attend.