Bobcats have bye this week 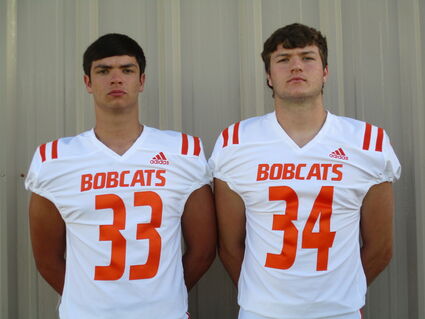 The Orangefield Bobcats have their bye this week. The Bobcats are undefeated in their four district games sitting in first place.

Last week was another blowout win for Orangefield. The Bobcats clawed the Hardin Hornets 61-7 after rolling up a forty point-lead in the first half for the second game in a row.

Running backs Cameron Dischler and Gavin Perry-Koci had big nights again for Orangefield. With such a big lead both Dischler and Perry-Koci got few carries in the second half.

Coach Josh Smalley has expressed the great improvement shown by his young offensive line. The two veterans for the Bobcats are the tight ends Morgan Sampson and Koen Maddox. Gavin Pollock is also a senior, but the other four starters Ethan Brown, Ethan Blackburn, Blake McRight, and Brayden McGee are all underclassmen.

The bye week is never an off week at Orangefield according to Smalley. The Bobcats will be preparing for their next game which will be at home in two weeks against the Kirbyville Wildcats.

A final showdown for Orangefield will be in Week 11. The Bobcats will play the always tough East Chambers Buccaneers at Winnie. The Buccaneers suffered their only loss in district to Anahuac last Friday.

The next game for the Orangefield Bobcats will be on Friday, October 28, with the Kirbyville Wildcats. The game will be at F. L. McClain Stadium with the kickoff at 7:30 PM.