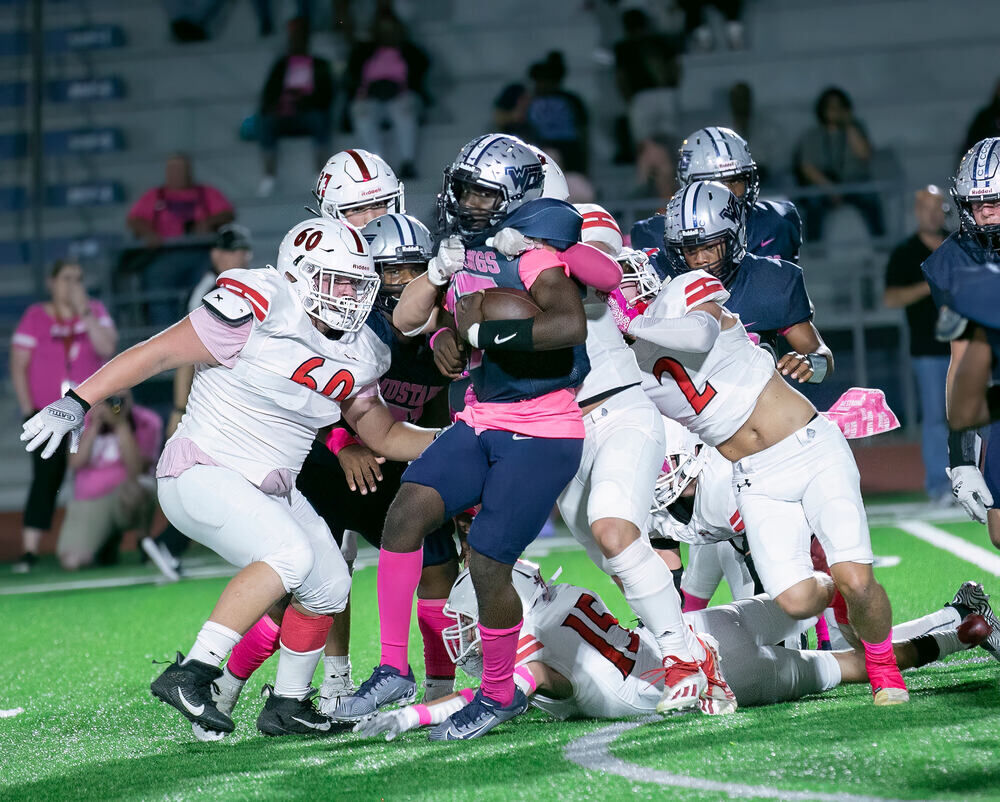 West Orange-Stark needed a win to even its record on the season and in district. The Mustangs won big 47-0 over the Bridge City Cardinals at Dan R. Hooks Stadium on Friday night.

It has been rare indeed for the Mustangs (4-4, 2-2) to be playing only .500 this late in the season and in the district. Bridge City (1-6, 0-3) hung close for a quarter before two touchdowns in the last minute of the first half blew the game open for West Orange-Stark.

The Mustangs scored on their second possession of the game getting good field position at the Bridge City 40 after a Cardinal punt. Quarterback Marcus Turner carried the ball three times picking up two first downs and moving the ball to the Cardinals' 7 yard line. Jalen Gilmore ran the ball in from the seven for the score with 4:43 left in the first quarter. Gilmore then added the point-after to make the score 7-0.

The Cardinals gained a first down on their first play of the game on a nice run by Justin Utterback, but then struggled to get any offense going. Noah Broussard is the fourth quarterback used by Bridge City because of injuries to the first three which were all out of the lineup. Broussard completed his first pass for minus four yards. He would not complete another pass on the night.

West Orange-Stark used a similar recipe to score again taking a Bridge City punt near midfield and driving for the touchdown. Tahj Amerson had three carries and a reception to pickup 31 yards. Turner passed to Dakarion Judge for a 14-yard scoring play 1:45 into the second quarter as the Mustangs went up 14-0.

Bridge City got its second first down of the half on a 9-yard run by Broussard before having to punt again. The Mustangs took the ball at their 41. A holding penalty moved the ball back to the 33, but Turner cut loose on a 67-yard run on the next play to put WOS up three scores with 5:31 remaining in the second quarter.

A Mustang punt by Gilmore pinned the Cardinals deep inside their five. West Orange-Stark defense forced a three-and-out resulting in another punt that gave the Mustangs great field position at the Bridge City 33.

Five yards were lost on a running play before Turner hooked up with Nicholas Crosson for a 38-yard touchdown. Just 51 seconds were left in the first half.

On the Cardinals' second play in the final minute they fumbled and the Mustangs' Christopher Jones recovered at the 30 and returned the ball to the Bridge City seven.

The duo of Turner and Crosson connected again from there for the touchdown with only 18 seconds to play in the half. The score had ballooned to 33-0 as the teams went to their locker rooms.

The second half was one play old when the score jumped to 40-0 as Turner threw a screen to Judge. After catching the ball Judge started running to his left, reversed his field to the right, and then cut to his left bursting through the middle of the Cardinal defenders sprinting to the end zone for a spectacular 77-yard touchdown.

The best drive of the night for the Cardinals followed as they drove the ball from their 33 to the Mustang 41 getting a first down a run by Broussard and another on a personal foul penalty on West Orange-Stark. The drive stalled there but Austin Bellanger's punt hit a Mustang in the back and Landon Watts recovered the fumble for the Cardinals at the Mustang 30.

Jamel Charles ran the ball twice for a first down to the 20. A penalty on the Mustangs at the conclusion of the play moved the ball just outside the ten. An incomplete pass, and two short runs setup what amounted to a fourth-and-goal at the six. Broussard ran the option but was tackled for a four-yard loss spoiling the Cardinals' best chance to put points on the board in the game. 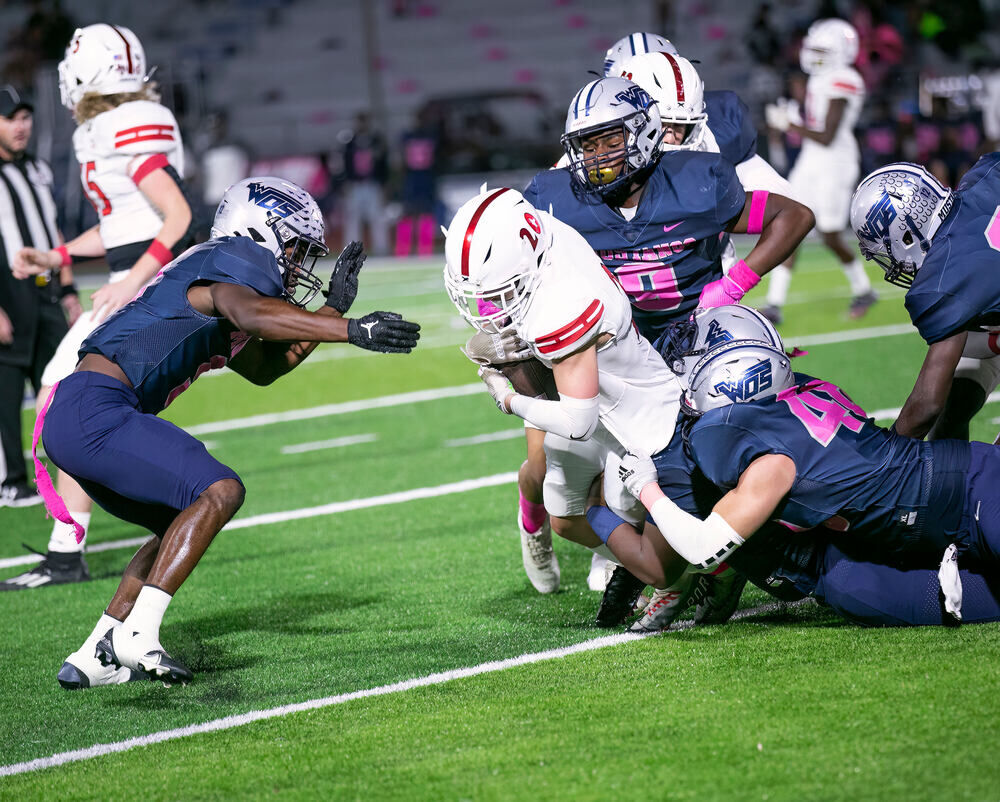 The final score of the game came in the fourth quarter. Isaiah Thomas got his first four carries of the night gaining 30 yards. His fourth was for six yards and resulted in six points. Gilmore kicked the point after to bring the final scored to 47-0 in favor of the Mustangs.

Turner had an outstanding night for the Mustangs. The sophomore quarterback rushed for 99 yards on five carries and passed for 146 yards completing 7 of 16 passes. Turner ran or threw for five of the Mustangs' seven touchdowns.

Bridge City's quarterback Broussard had 67 yards on his first 12 carries before the Mustangs maybe started keying on him. Broussard lost 20 yards on his last five rushes finishing with 47 yards on 17 carries. He accounted for more than half of the Cardinals' total offensive yardage on the night.