Mustangs to battle the Bulldogs on Friday 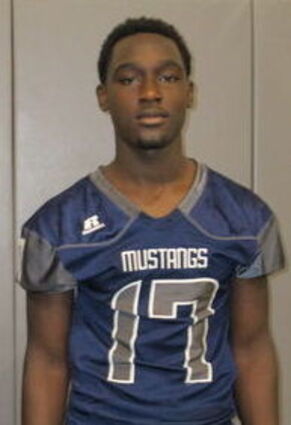 West Orange-Stark enjoyed a big win last week. It is imperative the Mustangs follow up that game with a victory this week against one of the favorites in the district.

The Mustangs defeated the Bridge City Cardinals 47-0 to even their record on the season at 4-4 and in district at 2-2. WOS dominated that game taking advantage of turnovers to build an insurmountable lead by halftime.

Coach Hiawatha Hickman was happy with the points put up by the offense and was pleased with the Mustangs' second shutout of the season. "Offensively, we executed like we wanted to with the run game and in the passing game. Defensively, we ran to the ball, got a few turnovers, and get some stops forcing punts that setup the offense in good spots, and also on the special team side of it we had a couple good returns that set us up. It was a complete team victory," Hickman summarized.

A standout on offense for West Orange-Stark was quarterback Marcus Turner, Jr. who accounted for five of the seven Mustang touchdowns. Hickman responded, "You can see it every week. He's a sophomore, you can see him getting better. In the passing game he hit a couple deep balls, and a little surprising was the seventy yard run he had where he pulled it down and showed his ability to run the ball. Marcus you can see him growing every week, and the talent just oozing out of him."

Wide receiver Nicholas Crosson stood out with two touchdowns in the last minute of the first half that put the Mustangs up by 33 points. Coach Hickman thinks Crosson a junior is really starting to blossom for West Orange-Stark taking to the coaching he is receiving and his body is still developing.

The offensive line welcomed back Ezekiel Adams returning from an ankle injury that kept him out of the lineup for several games. Adams proved to be a big asset for the Mustangs' running game against Bridge City.

The Mustangs will need all those players that stood out last week and more to perform well when they play the Jasper Bulldogs on Friday. The Bulldogs are 5-2 on the season and have won all three of their district games over Liberty, Hamshire-Fannett, and Bridge City.

When the season started Jasper's offense was operating out of the Spread and tried to be multiple running and throwing the football. Hickman observed game film that showed that the Bulldogs had trouble running early and now they are passing the ball more than two thirds of the time.

The Bulldog quarterback senior Zikeice Simmons is the returning starter from last season. Simmons passed for almost 900 yards with 10 touchdowns while running for 414 yards and scoring 4 touchdowns. "You look at the stats, he throws the ball well, he runs the ball well, he's kind of what makes them go," Hickman pronounced.

The best receiver for Jasper Britain Simmons, a junior, is a deep threat who can catch a long pass at any time. Hickman evaluated, "Jasper on offense is explosive. We'll have to play well to slow them down. They remind me of a real athletic team a lot like Silsbee and a lot like us. They're athletic and physical at the point of attack offensively when you talk about Jasper."

The Bulldogs line up in the traditional 50 defense, play man-to-man in the secondary, and they bring the house as Coach Hickman described it on most every play. Hickman said the Jasper defense is comparable to another physical defense the Mustangs faced against the Newton Eagles.

The leader of the Jasper defense is lineman Tylan Garrett who could be the district most valuable player on defense. Garrett is tough to block according to Hickman, and the Mustangs will have to account for him and know where he is on every play.

Junior linebacker TyAnthony Smith has received multiple offers to play college ball in a couple of years. Smith is big and physical who loves to run and hit opposing ball carriers.

Another defensive player the Mustangs will have to handle is Zakylon Beatty in the defensive line. "They're physical, they get after it on defense. We're going to have to block down, kick out, and take some shots. The Bulldogs have their ears pinned back and they're coming," Hickman exclaimed.

Only two games remain for West Orange-Stark in the regular season. Jasper is this week, then is the Mustangs' bye week before they finish the district schedule at home against the Hardin-Jefferson Hawks.

The Mustangs desperately need a win this week against Jasper to improve their seeding prospects for the post season. "Looking at the numbers if everything holds tight and Silsbee beats Hamshire-Fannett, if we could beat Jasper by more than five, finish out the year and beat Hardin-Jefferson that would put all of us Jasper, Hamshire-Fannett, and us at three and two which would then go to a point differential. Hamshire-Fannett has a plus five on us, and Jasper has a plus five on Hamshire-Fannett. If we can win by more than five that would take us all the way up to the two seed. So, we could finish anywhere from two to four in the next few weeks depending on what happens this Friday night," Hickman concluded.

The West Orange-Stark Mustangs will battle the Jasper Bulldogs on Friday night. Game time is 7:30 in Jasper.