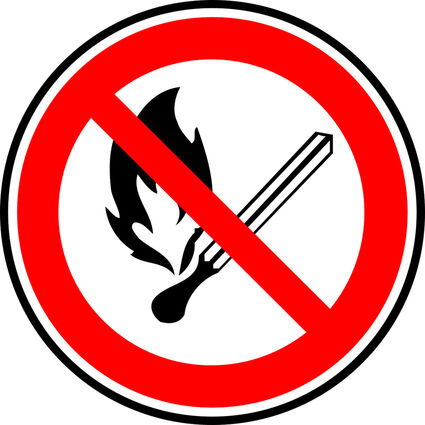 Orange County is listed on the weekly U.S. Drought Monitor as being abnormally dry. North winds recently have dried out grasses and brush even more. The burn ban applies to the unincorporated areas of the county, though cities ban outdoor burning all year.

Precinct 2 Commissioner Theresa Beauchamp said she had a complaint during the weekend about someone burning leaves. She called the fire department for the area and they helped the person extinguish the flames. She said the person burning could have faced a $500 fine.

Gothia warned people that it is dangerous to be burning outside now, even if someone is watching the fire with a water hose at hand. "It's not the fire in your yard, it's the embers that go off into the woods," he said.

Most of Southeast Texas has been under a burn ban because of the dry conditions and dying leaves. The cold front was supposed to bring thunderstorms with possible heavy rain, but it split up when it hit Orange County. The National Weather Service gauge at the Orange County Airport between Bridge City and Orange registered 0.13 inch of rain, and the Sabine River Authority gauge on Pier Road in Orange had 0.20 inches.

The lack of rain in the front brought Precinct 4 Commissioner Robert Viator to comment at the beginning of the meeting, "I hope it rains."

The National Weather Service forecast for Orange County has a 70 percent chance of rain Friday or Friday night as another cold front is due to arrive.