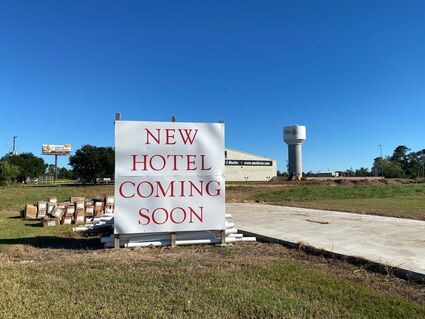 A sign announces the site of the new Candlewood Suites hotel valued at $3 million. The new hotel is going up off Interstate 10 at the Eagle Point development near the new hospital that is under construction.

Orange is getting a new $3 million hotel off Interstate 10 that will have kitchen suites suitable for long-term stays. Those types of hotels are popular with construction workers who come to a city for jobs.

The city has issued a building permit for Candlewood Suites, an extended stay hotel in the InterContinental Hotel Group. The permit is for $3.05 million at 6603 Interstate 10 in the Eagle Point development next to Mueller Buildings. The new micro-hospital and medical center under construction is in the same development.

Candlewood Suites, which also is in Beaumont, advertises suites with kitchens that are furnished with pots, pans, dishes, glasses, and utensils.

Also for city of Orange building permits in September, the DSLD Builders have permits for another 11 new houses in the Cypresswood Village subdivision off Highway 87 South across from land that has been cleared for the possible new Chevron-Phillips chemical plant. The city does not list the prices of the new houses, but the company's website says the houses in the subdivision cost from $227,000 to $279,000.

The other permit for a new residence went to 2308 Pacific Drive as a hurricane replacement house. The city also issued five permits for home remodeling projects, along with three permits for home swimming pools. 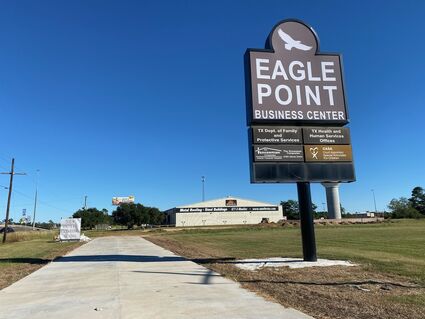 The Church of Christ, 501 Ninth Street in the Old Orange Historic District, took a permit for $25,000 for new concrete.

The city issued demolition permits to tear down the old house at 2308 Pacific and to remove the old caretaker's building at St. Mary Cemetery, 4320 Meeks Drive.

People continue to prepare for power outages by installing home generators and solar systems. The September permits had seven for hooking up generators to home electrical systems, along with another 10 permits for connecting natural gas lines to generators. Three permits were issued for solar panels.