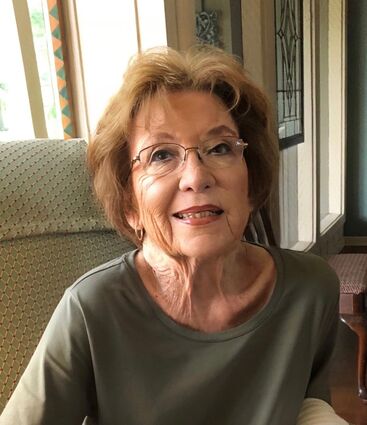 Betty Stringer Trotter died peacefully at her home on Tuesday, October 18, 2022, surrounded by her loving sister and nephews.

She was born to Annabelle and Bill Stringer on October 7, 1939, in Orange, Texas.

She treasured growing up in this small town and would tell anyone that would listen that she "had the best childhood that anyone ever had". She graduated from Stark High in 1958 and still has treasured friendships from her school days. She attended The University of Texas where she quickly became a lifelong Texas Longhorn fan. Betty loved Mardi Gras, the Texas Hill country (especially Bandera), back porch pickins and the occasional glass of wine.

She was preceded in death by her parents Annabelle and Bill Stringer and her brother-in-law F. David Claybar.

Our family would like to give a special thanks to Southeast Texas Hospice and all other family and friends that helped us through this difficult time.

In lieu of flowers, donations may be made to Southeast Texas Hospice or Traci's Texas Tails.