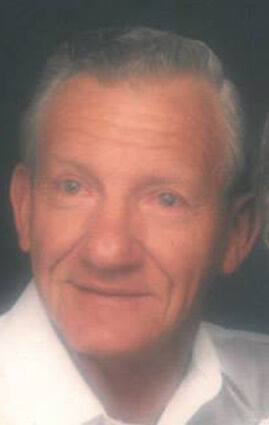 Elafay Bergeron, 91, passed away October 18, 2022. Elafay was born March 8, 1931, to Frank & Vivian Bergeron. In 1950, he married the love of his life, Anna M. Morris, and they were married for 60 years until her passing in 2010. He worked as a mechanic for Bill Slaughter Service Station until he opened Bergeron’s Garage on Dupont Drive in the Cove. If you knew Elafay, you heard the latest jokes in the area. If he saw you two days in a row, he may not have a new joke, but he would tell you the same one twice. He loved playing cards and enjoyed drinking coffee with his buddies at Danny’s every morning. Listening to live music and dancing was a favorite pastime. Elafay played the guitar and sang to his children throughout their childhoods. At 91 years old, he lived long enough to sing to his great-great-grandchildren. He enjoyed his children, grandchildren, great-grandchildren and great-great-grandchildren. He will be missed dearly by all his family and friends.

He was preceded in death by his wife, Anna M. Morris Bergeron, his parents, Frank & Vivian Bergeron,

Services will be at Claybar Funeral Home Monday October 24, 2022. Visitation will be from 11:00 am until 2:00 pm. A meal for family and friend will be held after the burial service at the Cove Baptist Church. If you would like to provide a dish for the meal, please contact Joanne at (409)779-4881. In lieu of flowers, memorials can be sent to Cove Baptist Church.