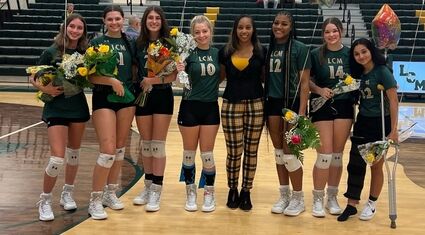 The Lady Bears defeated the Jasper Lady Bulldogs in straight sets. LCM dominated Jasper in all three sets. The Lady Bears won 25-16, 25-12, and 25-13 to sweep the match. Leaders for the Lady Bears were Mariah Ammons with 11 kills, Hallie Maddox with 17 assists, Savannah Crabtree with 10 digs, and Lexi Tubbleville with 5 aces.

On Friday LCM swept the West Orange-Stark Lady Mustangs in straight sets. The Lady Bears were truly in control winning 25-6, 25-14, and 25-5 in the three sets. Chrissy Joseph led LCM with 12 kills. Savannah Crabtree served 5 aces in the match. Hallie Maddox had 23 assists and Ava White led the team with 11 digs.

The Lady Bears finished the regular season on Tuesday, October 25, at Silsbee. The opening round of the post season will begin on Tuesday, November 1 for Little Cypress-Mauriceville.