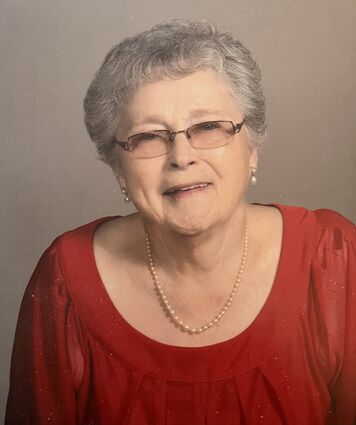 Officiating will be Reverend Joshua Sharp. Burial will follow at Hillcrest Memorial Gardens in Orange, Texas.

Born in Houston, Texas, ‘Fifth Generation Texan’ on December 22, 1929, she was the daughter of William Owen Kelley and Anna Mae (Cline) Kelly. Dolores graduated from Tri-State School of Nursing /Centenary College, Shreveport, Louisiana as a Registered Nurse in 1950. She began her life’s calling at Tri-State Hospital in Shreveport, working for Dr Willis; now known as ‘Willis-Knighton Memorial Hospital.’ She began her nursing career in Texas working as an RN at the new Orange Memorial Hospital (1956) retiring (June 1995) from Baptist Hospital-Orange as Surgical / Services Director.

Dolores was a woman of great faith and was very Christ Centered. She enjoyed singing in the choir, taught Pre-K Sunday school for over 30 years, and was a founding member of Trinity Baptist Church and her cherished Joy Sunday School Class.

Dolores was a member of the Golden K where she served as secretary and was awarded the C. T. Bush Presidential Award, President of the Aggie Moms Club of Orange, and a member of the Association of Operating Room Nurses (AORN), and the Daughters of the Republic of Texas (DRT).

She is preceded in death by her parents, William Owen (W.O.) Kelly and Anna Mae (Cline); her husband, Patrick Henry Cleaver; and in-laws, Daisy Doris (Camp) and Henry Newton Cleaver.

In lieu of flowers, memorial contributions can be made to Trinity Baptist Church at 1819 N 16th St. Orange, Texas, 77630.