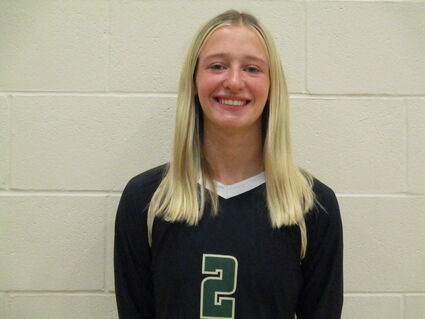 LCM and the Silsbee Lady Tigers split the first two sets of their match. The Lady Bears won the first handily 25-15 before Silsbee edged them 25-22 in the second set.

The Lady Bears found their groove after that. The last two sets went 25-13 and 25-10 to Little Cypress-Mauriceville.

Several Lady Bears made significant contributions to the win. Chrissy Joseph had 11 kills, 7 blocks, and 20 digs. Ava White had 20 digs, 2 aces, and 4 kills. Hallie Maddox led in assists with 40 while adding 10 digs and 5 kills.

Other good nights for LCM were had by Mariah Ammons with 8 kills and 7 digs. Lindi Perry had 6 kills and 5 blocks. Savannah Crabtree was credited with 15 digs and Lexi Tubbleville had 14 digs.

The Little Cypress-Mauriceville Lady Bears played their bi-district playoff match versus the Splendora Wildcats at Warren on Monday, October 31. The Lady Bears lost the match 3-1 to the Lady Wildcats and were eliminated from the post season.