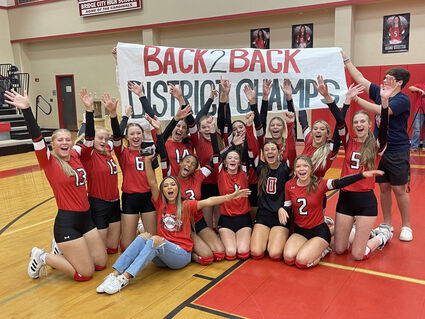 The Bridge City Cardinals are the district volleyball champions for the second year in a row. The Lady Cardinals have not lost a district game the last two seasons. 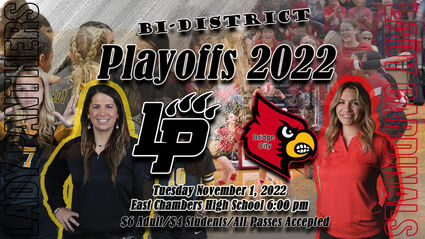 Bridge City's Demi Carter demoed 12 kills and served 3 aces in the match. Taryn Doiron had 9 kills, 3 aces, and 13 assists. Anna Kelly contributed 5 kills and 4 aces. Cambree LaComb led in assists with 15 and had 2 aces. Lexi Nugier was tops for the Lady Cardinals with 6 aces and had 6 digs.

The Bridge City Lady Cardinals played their bi-district match with the Liberty Lady Panthers at East Chambers on Tuesday, November 1.