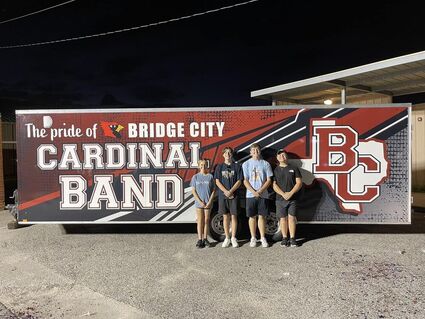 The Bridge City High School band got a big send-off for their trip to the state marching contest in San Antonio. The band members got a special unveiling of the new 'wrap' design for their equipment bus. The band boosters helped to get the wrap completed in time for the contest. This is the third straight year the band, under the direction of Tami Goss, is headed for the state UIL marching contest. The contest is held in San Antonio's Alamodome and the Cardinals are set to march on Wednesday. Earlier this year, the band was ranked fourth in the state based on recordings judged by the Texas Music Educators Association. 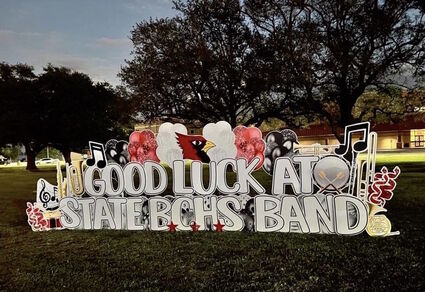