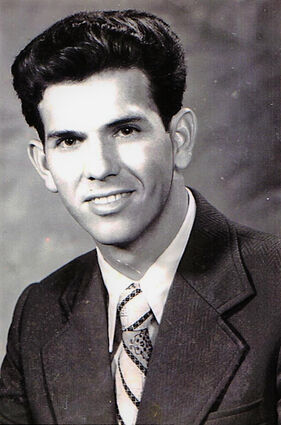 Tony Wayne Humphrey, Sr., 74, of Kirbyville, TX passed away on November 7, 2022 at his home with his family by his side.

Visitation will begin prior to the service at 1:00 p.m., at Claybar Funeral Home in Orange, Texas.

Born in Orange, TX on September 27, 1948, Tony was the youngest son of Thomas Humphrey and Normalee (Rose) Humphrey. He was an incredible father, husband, and papaw who is already missed deeply.

Tony was a graduate of Stark High School and attended Lamar State College of Technology; graduating with a degree in Civil Engineering. He was licensed as both a Professional Engineer and Registered Professional Land Surveyor. Tony served as Public Utility Engineer for the City of Port Arthur and City Engineer for the City of Orange as well as the City of Bridge City. Throughout his career he was employed by several private engineering firms which included: Bob Shaw Engineering, Jones & Neuse Consulting Engineers, and Schaumburg & Polk Consulting Engineers. In addition, he served as a division research engineer for CIPRA (Cast Iron Pipe Research Association). He eventually founded Tony Humphrey Engineering, where he served as a private consultant for many communities and municipalities in Southeast Texas specializing in water and wastewater improvements, along with land development. Tony and wife, Anna, moved to “the farm”, the family property originally owned by his parents, where he ultimately retired from his successful career.

Hunting was one of the many things Tony enjoyed, especially squirrel hunting. Some of his best October Saturdays were spent squirrel hunting with his daddy, his son, Tony Jr. and the best squirrel dog there was, Yogi. He loved westerns, the “oldies”, country music, and dancing the two-step with his wife. Tony was also an avid sports fan who enjoyed watching college football on Saturdays and was a true Astros and Cowboys fan through both the good years and the bad.

Anyone who knew him could tell you he was a wonderful papaw to his grandchildren and great-grandchildren, never missing a sporting event, dance recital, or awards ceremony. He was there for it all with his video camera in hand. He was always their biggest supporter and fan. His stories, wisdom and advice will be cherished forever by all who were lucky enough to call him Dad and Papaw.

Tony is preceded in death by his parents, Thomas and Normalee Humphrey; and his grandsons, Garrett Sandlin and Jonah Turner.

The family would like thank Gentiva Health Services and his private nurse, Courtney for the loving care in his final weeks.