Houston Astros: Can team be called a dynasty yet? 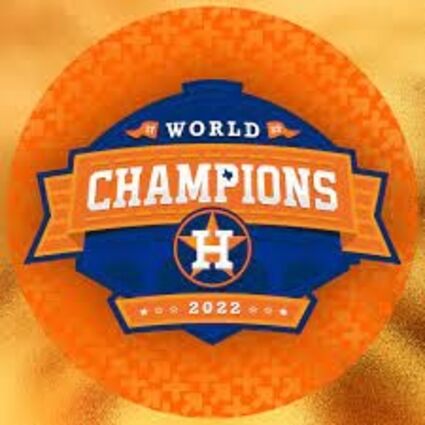 I have to apologize to the Philadelphia Phillies team for picking the Houston Astros to win the 2022 World Series in four games.

I was unaware Houston could blow a 5-0 lead in Game One with their ace Justin Verlander on the mound. Yet, it happened and it apparently woke up everyone from the players and fans right up to the manager, general manager and even owner Jim Crane.

The Phillies also blanked the Astros in Game Three in Philadelphia 7-0 to move ahead in the series two games to one as the fanatic Phillies fans thought the series was there’s. Actually, Houston was never in front in the series until after winning Game Five 3-2. But the 5-0 no-hitter thrown by Cristian Javier and three relievers in Game Four really turned the tide.

Despite the fact the Phillies wouldn’t have even been in the World Series if Major League Baseball didn’t add to wild card teams to the 2022 playoffs. Philadelphia was the No. 6 seed--or the final team to get a wild card.

But Philadelphia ripped right through the playoffs—just like the Astros did—and were legitimate opponents for Houston.

The idea of the apology to Philadelphia for under-estimating its team was not mine originally. I saw an article in this week’s USA Today Sports Weekly with a headline “Apologies for Underestimating Cowboys” where the columnist wrote the Dallas Cowboys off after quarterback Dak Prescott went down with his thumb injury and missed five weeks. Today he believes the Cowboys could be the best team in the NFC.

Getting back to the Astros, they have made a run at the World Series in six straight seasons and can make a compelling case as the best team in franchise history, according to an article in Monday’s Houston Chronicle.

“At this particular moment it is,” Hall of Famer Jeff Bagwell told the columnist, “I don’t know, man, it might be the most complete team. Every single person contributed—from our bullpen to our starters to our bench guys, our minor league guys that came up. This team is just such a complete team. It’s been amazing to watch.”

But how complete is it when the fickle owner won’t even extend the contracts of manager Dusty Baker, who won his first World Series after having the most playoff wins without having a World Series ring, and general manager James Click, who continued the success started by his predecessors--manager A.J. Hinch and GM Jeff Luhnow--who ware both canned after the sign-stealing episode.

Both Click and Baker’s 2022 contracts expired when the season officially ended with Saturday night’s big victory. Click did agree to participate in the General Manager’s Meeting that began Monday in Las Vegas.

One of the realities in this hush-hush soap opera is that owner Jim Crane is not too wild about some of Click’s personnel decisions (most of which proved to be very successful) and Dusty also is not sold on some of Click’s moves, either. At this writing both Click and Baker are unemployed as far as the Houston Astros are concerned.

The big question is who will be around for the 2023 MLB season. According to the article, six players have declared for free agency—catcher Jason Castro, outfielder Michael Brantley, utility man Aledmys Diaz, first baseman Yuli Gurriel, reliver Rafael Montero and catcher Christian Vazquez.

Three other players—pitcher Justin Verlander, utility man Trey Mancini and relief pitcher Will Smith—will join their six teammates on the open market as soon as their player’s options for 2023 are decided.

I think Verlander will return, mainly because his wife Kate Ogden really likes everything about the city of Houston. Brantley and Gurriel have expressed a desire to keep playing for the Astros. They both batted over .300 in 2021 and would certainly help the team’s paltry offense.

The Astros reportedly have $109,333,332 committed to the salaries of seven players—Alex Bregman, Jose Altuve, Lance McCullers, Jr., Ryan Pressly, Hector Neris, Yordan Alverez and Martin Maldonado. And when slugger Kyle Tucker is offered his multi-year contract, that number will rise even more.

I don’t think the Houston Astros are entirely ready to be called a dynasty yet.

KWICKIES…After another bad loss Saturday, South Florida fired head coach Jeff Scott who was 4-25 in his two-plus seasons at the school. And his record was worse in the American Athletic Conference—1-19.

World Series Most Valuable Player Jeremy Pena is the only rookie in Major League Baseball history to have a hit in every World Series game. Third baseman Alex Bregman got on base in all six games.

The Green Bay Packers have a five-game losing streak. The last time it happened was in quarterback Aaron Rodgers first year to start. The future Hall of Fame quarterback suffered three interceptions in Sunday’s 15-9 loss to the lowly Detroit Lions with two being in the red zone and marked the 13th straight time he failed to pass for 300 yards.

The New England Patriots tied a franchise record Sunday when they sacked former Texas Longhorn quarterback Sam Ehlinger nine times in a 26-3 whipping of the Indianapolis Colts Sunday in Foxborough.

JUST BETWEEN US…I’ve always wondered if there is any correlation between the people responsible for the weekly Top 25 college football poll and the Las Vegas boys who set the betting lines on these teams. Take, for example, Saturday’s big Southeastern Conference game between No. 2 Tennessee and No. 1 Georgia. The top-ranked Bulldogs were a solid 9½ -point favorite over the Volunteers and beat them 27-13. Did the bookmakers know that the Vols would have eight pre-snap penalties? I doubt it. Georgia is still where it belongs this week—the nation’s No. 1 team while the Vols slid down to No. 5.