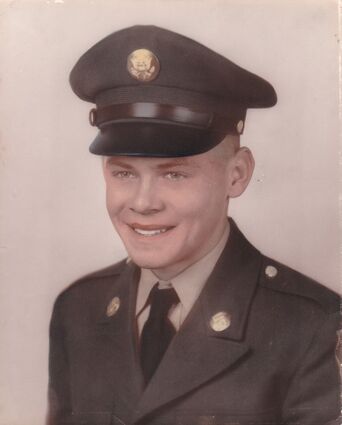 Jeyne Elwyn Terry, 79, of Dayton, passed away on November 9, 2022, at Arden Place in Beaumont. Graveside services will be held at 3:00 p.m., Tuesday, November 15, 2022, at Orange Forest Lawn Cemetery in West Orange. Born in Orange, Texas, on November 13, 1942, he was the son of Charlie Willis Terry and Wannie Ophelia Worsham. Jeyne was a loving son, brother, and father. He enjoyed spending time with his family and friends. After serving in the Army, Jeyne was a successful welder who could make anything. He left an impact on many lives and will be deeply missed by those who knew and loved him. He was preceded in death by his parents, Willis and Wannie Terry; twin sister, Janette Carney; and brother, Kenneth Terry. He is survived by his daughters, Janette Parker and Tiffany Minor; grandchildren, Christopher Greiner, Amber Greiner, Monty Parker, Joel Sonnier, Nicholas, and Lilly; 7 great-grandchildren; brothers, Charles Terry and Ray Terry, Sr.; sister, Charli Manross Anderson; as well as many other loving family and friends.