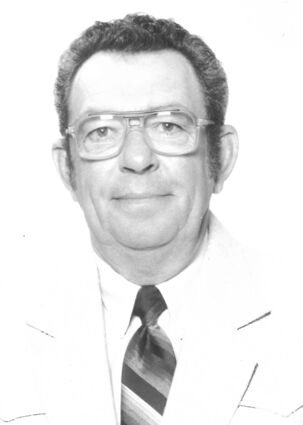 A celebration of his life will be held at Claybar Funeral Home in Orange, Texas on Friday, November 18th. Visitation will begin at 9:30 a.m. with the funeral beginning at 10:00 a.m. Graveside services will follow at 3:00 p.m. at Dunnigan Cemetery, located on FM 2261 in Patroon, Texas (Shelby County). Marlon was a long-time member of Dunnigan Missionary Baptist Church.

Marlon was an Army veteran. He was drafted in January of 1955 and served his country in Germany for 2 years. He was then in the Army Reserve (inactive) for 6 years and later served in the Army National Guard for 3 years.

He worked for DuPont SRW in Orange, Texas from 1959 until his retirement in 1992. He made many cherished friends there and was truly a legend for his pranks and humor.

Marlon, better known as PawPaw, loved his family and was devoted to them. He made so many special memories with his 2 children and 7 grandchildren throughout his life. He also adored his 15 great grandchildren and loved it when they came to visit him. He loved music and passed that on to his children. He enjoyed hunting and fishing and made sure his children and grandchildren got the opportunity to do those things with him. He was always quick to give advice and had an infinite number of funny stories to tell to anyone who would listen. His humor, wisdom, and faith shaped his family. He could fix or build anything he set his mind to. He also loved listening to old country music and church hymns. Especially when his children sang them to him. He was a humble and hardworking man. Marlon (PawPaw) will be greatly missed by his family. He was absolutely one of a kind.